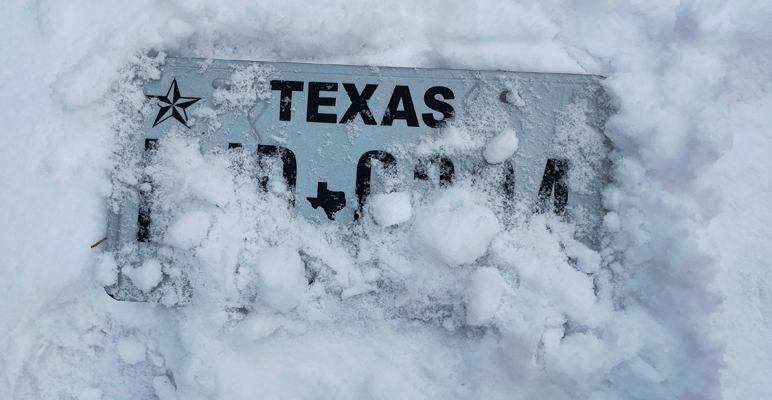 During the period from Feb. 11 to Feb. 20 of this year, two major winter storms moved across North America. Parts of Canada and the United States were affected by the extreme cold, snow and ice from these storms. Hardest hit by these storms was the state of Texas. Insured losses from these storms are estimated to be in the billions of dollars. It is possible that this event could enter the top 10 list of costliest natural catastrophes in the United States.

These storms caused tremendous adversity for individuals and business. General insurers, and their reinsurers, will be affected financially. But this is not the focus of this article. It is the timing of these storms that is the focus as it has reporting implications for general insurers and their appointed actuaries.

The cause of this catastrophic event can be attributed to a pair of severe winter stormfronts that quickly moved from the Pacific Northwest down into the southern U.S. and then moved northeast towards the Atlantic. Many states were hit by these storms. They brought high winds, extreme cold, and accumulations of snow and ice. Many insured claims arose from frozen/burst water pipes with resultant water damage, roof damage and business interruption.

Out of all the regions hit by these storms, Texas sustained the greatest amount of damage. This in mainly because of a failure with the Texas power grid. At one point, over 3.5 million people were without power in Texas. The power outages in Texas exacerbated the problems created by the storm. Many homes and business had freezing pipes bursting causing extensive water damage. Many homeowners needed to live elsewhere due to the damage. Many businesses had to stay closed until the power was reliably restored and damages were repaired. All of these losses are generally insurable thorough homeowners (HO) and commercial multi-peril (CMP) policies—HO and CMP insurance covers the direct physical loss from a covered peril, HO may cover additional living expenses and CMP may cover business interruption.

The total insured loss from these storms has been estimated to be somewhere between $10 billion and $20 billion. As a matter of comparison, the 10th largest natural catastrophe in the U.S. was Hurricane Wilma in 2005, with insured property losses of $14 billion when adjusted to 2020 dollars ($10.7 billion in 2005).

It is likely that these winter storms will have a considerable effect on the 2021 financial results for many general insurers with significant exposures to Texas properties. But this does not mean it did not have an effect on 2020 financial reporting. This is because the incident occurred in mid-February of 2021. The 2020 Annual Statement under U.S. statutory accounting principles (SAP) and the 2020 Statement of Actuarial Opinion (SAO) were both due on March 1, 2021. Many insurers file these documents close to, if not on, the due date. As such, this event is what is referred to as a subsequent event known at the time the reports were prepared. Subsequent events, such as the Texas winter storm of 2021, have disclosure requirements.

Disclosure requirements under SAP for subsequent events is explicit. They are in Statement of Statutory Accounting Principles (SSAP) 9, Subsequent Events. SSAP 9 defines a subsequent event as one that occurs subsequent to the balance sheet date and before issuance of the financial statements.

SSAP 9 then categorizes subsequent events into Types I and II as follows:

Type I – Recognized Subsequent Events: Events or transactions that provide additional evidence with respect to conditions that existed at the date of the balance sheet, including the estimates inherent in the process of preparing financial statements;

Type II – Nonrecognized Subsequent Events: Events or transactions that provide evidence with respect to conditions that did not exist at the balance sheet date but arose after that date.

Clearly, the Texas winter storm of 2021 was a Type II subsequent event for the filing of the 2020 Annual Statement. Whether or not an insurer needed to disclose it depended on its materiality. If the insurer does not know the amount of the loss, the insurer would have been required to disclose the event with a comment on the likelihood of materiality.

Consider an insurer, say ABC insurance, that had a significant volume of homeowners policies in Texas. At the time ABC prepared its Annual Statement, it did not have a reliable estimate of its incurred losses from this event. However, ABC’s senior management believed that losses would likely be material based on preliminary reports. ABC would then have been required to disclose this subsequent event. Disclosure of a subsequent event is to be made in Note 22 of the Notes to Financial Statements in the Annual Statement.

An example of what ABC’s Note 22 disclosure could look like is as follows:

Subsequent events have been considered through February 25, 2020.

During the period from February 11, 2020 to February 20, 2020, a winter storm occurred causing damage to many properties and automobiles in the state of Texas. ABC has a significant volume of properties and automobiles in the state of Texas. At this time, ABC is unable to accurately estimate the losses incurred to its homeowners and automobile physical damage policies from this event. Based upon preliminary information from claims adjusters and industry experts, it is likely that this event will have a material effect on ABC’s financial condition.

If ABC had filed its Annual Statement before the event occurred, say Feb. 10, 2020, it clearly would not have been able to make this disclosure. However, it would have been good practice to notify its domiciliary commissioner that it experienced a material Type II subsequent event after it occurred.

Subsequent Events and the Statement of Actuarial Opinion

Section 3.4.6 of ASOP No. 41, Actuarial Communications, lays out the actuarial requirements for disclosure of subsequent events in an actuarial communication.

Subsequent Events—The actuary should disclose any relevant event that meets the following conditions:

Property/Casualty Loss and Loss Adjustment Expense Reserves, that indicates that a requirement for disclosure of Type II subsequent events is necessary.

But we should also review the Code of Professional Conduct (Code) as adopted by the Society of Actuaries and other actuarial organizations in the United States. Precepts 1 and 4 of the Code gives some perspective regarding disclosures.

Precept 1: An Actuary shall act honestly, with integrity and competence, and in a manner to fulfill the profession’s responsibility to the public and to uphold the reputation of the actuarial profession.

ASOPs do not require disclosure of a Type II subsequent event in the SAO. But it would appear that the Code indicates that some consideration should be given to including one. Nothing is lost by including a disclosure for an event such as this in the Relevant Comments section of the SAO. It can assist the intended user in properly considering the financial health of the insurer. It can also provide the intended user with advance notice of the results they will see in the 2021 SAO. A lack of disclosure may open the actuary up to scrutiny for not being clear and appropriate with the opinion communications.

Another thought on this is that some insurers may deny claims from this event based upon interpretations of contract provisions. This potentially exposes these insurers to suits of bad faith. Any denial of claims must be thoroughly documented with a reasonable determination for the denial in order to avoid bad faith litigation.

Finally, I would like to comment on the losses from the Texas Winter Storm 2021. The failure of the power grid made the losses much worse than they would have been had it not failed. It became apparent that the power grid had not been designed to handle extreme cold. Texas power providers could be sued for losses not covered by property insurance policies by alleging that they were negligent in not ensuring that the power grid could withstand extreme cold. Time will tell if these suits will be filed and whether or not they will be successful.

Anthony Cappelletti, FSA, FCIA, FCAS, is a staff fellow for the SOA. He can be contacted at acappelletti@soa.org.