By Kendrick Lombardo and Amber Ruiz 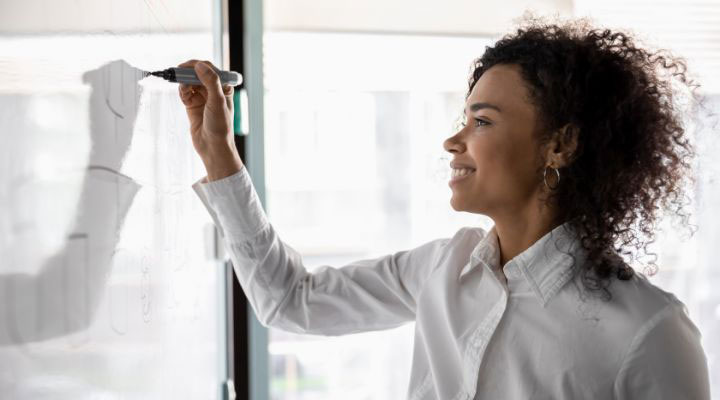 Since the last installment of the biennial WTW North America Life Insurance Pricing Methodology Survey in 2018, the market has been coming to terms with the prospect of “lower for even longer” interest rates and been confronted with the economic and social impacts of the COVID-19 pandemic. What effects have these and market-specific factors had on profit targets and pricing and reserving strategy?

The latest survey looked at the profit objectives and assumptions used in pricing 2020 new issues of individual life and annuity products, with a focus on past practices, not future plans. It covered the following products:

Profit and Surplus Measurement and Targets

Consistent with previous surveys, statutory ROI is significantly the most common primary profit measure of life products, ranging from 71 percent for universal life, with extended no-lapse guarantee (UL NLG) to 92 percent for indexed universal life, with extended no-lapse guarantee (IUL NLG). While still also the dominant primary measure for annuity products, use of ROI isn’t as dominant for variable annuities. A further rising trend across the market is the use of a value-of-new-business metric, primarily as a secondary profit measure (see Figure 1).

At the front end of business planning, the latest survey shows the continuing substantial drop in the percentage of companies targeting higher returns over the past decade as interest rates have fallen. (Figure 2).

* The “Average 10-year Treasuries” are generally for the calendar year prior to the survey, as the survey is based on products priced in the previous calendar year. For the 2020 survey, this value is based on rates during the first half of 2020.
Sources: Willis Towers Watson Pricing Methodology Surveys, Federal Reserve

Even then, the proportion of companies that said they expected to meet aggregate profit targets has generally decreased since the 2018 survey. Among life products, carriers were most pessimistic about UL NLG but generally more optimistic about variable universal life (VUL) and indexed universal life, without extended no-lapse guarantee (IUL). In the annuity market, variable annuities saw a large decline in expectations, although insurers were generally guarded about achieving targets for all annuity products. The only product line where the majority felt it was very likely that profit objectives would be met was structured variable annuity or fixed indexed annuity/variable annuity hybrid (SVA), which is expected given the newer nature of those products and their better resilience to low interest rate levels.

Despite low rates, we have seen a modest rise in the so far limited use of market-consistent pricing techniques. Separately, we have also seen a continued increasing uptake of the use of predictive analytics in life product underwriting and assumption setting. With small variations by product type, respondents said that roughly half of underwriting now involves the use of predictive analytics.

Turning to target surplus, pricing target RBC levels have remained relatively stable since the 2018 survey, with a high proportion of companies pricing at or above 350 percent of the National Association of Insurance Commissioners (NAIC) Company Action Level, and many at or over 400 percent. The percentage of respondents using the NAIC RBC formula increased from around 80 percent in the 2018 survey to 83 percent for life products and 90 percent for annuity products in 2020. These levels didn’t seem to change much at all even after the tax law changes that occurred between the last two iterations of the survey.

The projected fully allocated expense methodology is the most frequently used and has increased in prevalence since 2018. Typically, companies with this method are projecting to close their expense gap in three to five years. This has led to a decrease in the use of fully allocated and marginal approaches, particularly in stock companies’ use of the marginal approach (Figure 3).

In relation to the allocation of overheads, considerable variation exists. This is evident from “Other” being the most common response to the question on this topic, with some companies indicating it was based on the driver of the expense and others using approaches such as a weighted policy count, assets under management and present value of profits.

About 75 percent of all respondents indicated they projected future mortality improvements when calculating expected profitability, a small decrease since the 2018 survey. Of those who do, the use of assumptions by different policy characteristics, such as gender and attained age, and also by product type was mixed.

In selecting a mortality durational slope, most life product companies have moved to a table similar to the 2015 Valuation Basic Tables. Similarly, annuity product companies have largely migrated to the 2012 Individual Annuity Mortality table as use of the Annuity 2000 table continues to diminish to minimal levels; however, mortality rates assumed in pricing of annuity products vary considerably, particularly for younger attained ages.

Across life products, the percentage of new face amount reinsured remains low, with the majority of companies either not using reinsurance or reinsuring less than 50 percent. It is most commonly used for term and whole life products (Figure 4). For companies that do reinsure new business, the majority do so fully with excess retention contracts.

From a still lower base, annuity product insurers indicated they have expanded reinsurance usage in anticipation of achieving expected gains. The main focus for reinsurance to date has been fixed indexed annuity (FIA) base products and guaranteed living benefits.

Lapse experience for later durations has remained about the same as expected for most products compared with the 2018 survey. There was, however, a general reduction in lapse experience noted for early durations, which was most visible in variable annuities, where about half of respondents indicated it had been lower than expected.

The survey showed more significant rises in the use of stochastic testing as part of base pricing or sensitivity testing, with usage considerably higher in annuity business. Companies that do perform stochastic testing nearly all focus on interest rates and equities for products with those exposures. For variable annuity and variable life products, the most common assumption for the “real world” gross equity return was in the 8.00 percent to 8.99 percent range, and the intermediate term bond return was in the 3.00 percent to 3.49 percent range.

* Results are only shown for All Companies, since a sufficient number of responses were not received for Mutual/Fraternal companies

For pricing, most life product companies indicated they model VM-20 on an annual basis, although a significant proportion model nested reserve projections less frequently than every five years. Though variation was seen across products, generally the Net Premium Reserve or Deterministic Reserve dominated results.

For annuities and those companies that explicitly model VM-21 reserves, there was a broad spread in how frequently they do so (Figure 7). A majority of respondents calculated reserves on an annual basis or less frequently. Reserving approaches focused on a conditional tail expectation with prescribed assumptions (CTEPA) for the standard projection, a stochastic scenario reserve (with wide variations in the number of scenarios used) and implicit clearly defined hedging strategy (CDHS) cash flows.

Needless to say, the COVID-19 pandemic has influenced a lot of life insurers’ actions since early 2020. These have filtered through into the strategies and results already discussed in this report, but they have been seen most clearly in underwriting and sales. Underwriting changes wasn’t a listed response, but because many companies wrote in underwriting for “other,” we tabulated those responses below too. Half of respondents said they had closed new sales of certain products, and 35 percent said they had lowered profit targets, as shown in Figure 8. “Other” included a wide variety of responses, such as unexpected product repricing, reduction of benefits on existing products and changes in distribution.

While North American life insurers have become used to the low-interest-rate environment, and have been making pricing methodology adjustments that should assist them in a “lower for even longer” interest rate environment, the wide-ranging effects of COVID-19 on economies, markets and customer behavior are uncertain in both nature and duration.

The survey shows the pricing methodology goalposts already moving somewhat in a range of areas. It seems inevitable this will continue, presenting opportunities for both life product and annuity insurers to make further adjustments and improvements. Areas worthy of investigation in our opinion include:

The survey findings are based on an online questionnaire completed by respondents representing 42 North American life insurance and annuity writers (34 stock companies and 8 mutuals/fraternal organizations) during the second half of 2020. Not all respondents answered all questions, and some comparisons with earlier surveys could reflect that participants vary from survey to survey.

In preparing this summary report, WTW relied on the information provided by the survey participants. Responses were subject to a review for reasonableness and consistency based on our knowledge of the insurance industry. We assume no responsibility for any erroneous information.

Kendrick Lombardo, FSA, MAAA, is senior director, Insurance Consulting and Technology at WTW. He can be reached at kendrick.lombardo@willistowerswatson.com.

Amber Ruiz, FSA, MAAA, is director, Insurance Consulting and Technology at WTW. She can be reached at amber.ruiz@willistowerswatson.com.