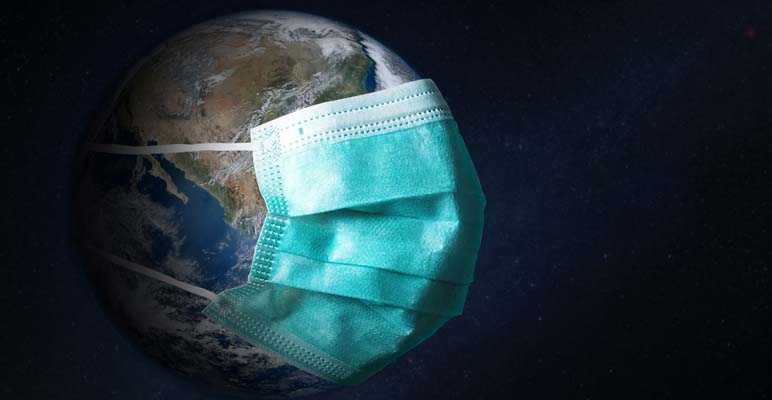 The effects of the COVID-19 pandemic have been discussed widely and in depth, with lockdown measures and restrictions on travel and trading having a severe impact on the global economy. It is therefore essential the insurance industry investigates these changes in the economy in terms of their impact on morbidity and mortality. In this article, we highlight some of the key findings on this topic.

We also take a look at suicide rates—what we might expect based on data from economic downturns prior to COVID-19 and on data emerging from the more recent impact of the pandemic and associated lockdowns. We close with some thoughts on how the pattern of recovery may affect mortality.

Generally, changes in an economy have two effects on health and mortality:

Both effects are often observed during an economic downturn and the balance of them influences the overall experience for morbidity and mortality.

A study using data from the Great Depression in the U.S. found that mortality decreased during this period, and life expectancy increased for all ages (except older ages), gender and race groups. Specifically, infant mortality and tuberculosis mortality declined, except in areas with extraordinarily high unemployment where malnutrition generally increased. This shows that procyclical effects dominated during this study period.[1]

Other examples of procyclical effects include a better ability to cope with workplace safety hazards when the pace of working decreases, lower levels of stress, and more time to exercise. These assertions are supported by studies that show cardiovascular disease (CVD) mortality increases when unemployment levels decrease. The argument is that less time spent on exercise and a higher consumption of cigarettes and obesogenic foods will lead to higher rates of mortality. Furthermore, additional time spent at work may reduce early detection of CVD which might have led to life-saving procedures. However, research into the effect of the economy and unemployment on CVD is still conflicting, and as such no definite conclusion can be made yet.[3]

When looking at alcohol and substance abuse, the procyclical research implies that alcohol and substance abuse reduces with short-term unemployment, mainly resulting from lowered income or avoidance of anti-social behaviors that make employees more likely to be laid off. Even though there are studies reporting that domestic violence increases during periods of unemployment, the procyclical studies also show that people who keep their jobs during periods of increased unemployment are less prone to violence.[4]

The improvement in mortality rates during the Great Depression was mainly attributed to reductions in traffic accidents, liver disease and cardiovascular diseases. It is, however, important to note that the link between mortality and economic decline during the Great Depression was based on 1920–1940 population data from the U.S., a high-income country.[5]

A more recent example of a procyclical effect has been observed when comparing the death and unemployment rates for the United States during the 2008‒2010 financial crisis.[6]

Countercyclical effects include examples where declining economies have resulted in an increased incidence of stressful work and financial events. This, in turn, increases the likelihood of experiencing other stressors not associated with the economy, e.g., stress stemming from marital difficulties.[7]

Furthermore, contracting economies have had the following effects on morbidity and mortality:

Procyclical effects have been less apparent in the last two decades while countercyclical effects have been observed in low and middle-income populations. This may be a result of weaker social protection systems and a higher occurrence of informal employment in these countries. According to a study on the 2012–2016 recession in Brazil, countercyclical effects dominated.[12] In general, the Brazilian study observed a mean relative increase of 1.4 percent in the adult mortality rate for every percentage point increase in unemployment. The increase in mortality was mainly attributed to cancers, cardiovascular disease, digestive disease and suicide. It is important to note that the Brazilian study observed higher increases in mortality among existing lower income groups. As a result, the recession under investigation could also have contributed to widening existing economic and health inequalities that may have exacerbated the impact on mortality.

In addition to this study, a study looking at two recessions in Colombia over the past 40 years found the impact of the economy on mortality was acyclical (i.e., not related), or countercyclical for specifically working-age men. Another study using Mexican data shows how the effect of economic decline has a different impact on mortality across different levels of economic development within a country. Even though the overall impact on mortality showed a procyclical effect, it was clear in this study that populations with lower development experienced countercyclical mortality.[13]

Similarly, certain studies have shown a link between socioeconomic disadvantage and suicide rates.[14]

Evidence on Suicide During Times of Economic Downturn—Pre-COVID-19

The World Journal of Psychiatry provided an update on the evidence concerning the relationship between recessions and suicide in 2015. From this, 31 studies found that suicides increase during periods of economic downturn, two studies found suicides to decline, and two did not find an association between suicide rates and periods of economic downturn. Furthermore, suicide rates were more apparent in countries with a lower GDP per capita and a higher unemployment rate.[15]

In Europe, suicide-related mortality increased in Athens as well as in deprived areas of Stockholm, London and Lisbon. This shows an association between socioeconomic disadvantage and suicide rates.[16]

Emerging Evidence on Suicide Rates During the COVID-19 Pandemic

As individuals limit their social interactions, schools close, and “unnecessary” business activities are curtailed to prevent the physical spread of COVID-19, certain psychological effects may influence people’s mental health. Studies have suggested that social distancing can lead to strained personal relationships, loneliness and restricted access to health care services. These, in turn, could lead to increased suicidal behaviors. Furthermore, the effects of heightened levels of domestic violence could disproportionately affect the psychological well-being of victims of domestic abuse, while disrupted school calendars may affect students’ mental wellbeing.[17]

However, reviewing the data, suicide rates do not show observable trends in many places to date.[18] More specifically:

Some areas have even shown a drop in suicide rates:

As a counter to the above, in Japan suicide rates declined by 15 percent in the first five months of the pandemic. But, they then increased by 16 percent during the second wave, compared to a pre-pandemic baseline. This increase was primarily driven by females, children and adolescents, with the female suicide rate increasing by 37 percent. The increase in the adolescent suicide rate coincided with the end of the nationwide school closure.[25]

In Canada, there was, however, a rise in opioid-related mortality. British Columbia observed higher death rates from illicit drugs during the days following an income assistance payment, indicating that government subsidies may provide the means to purchase them.[26] In Alberta it was found that in most unintentional deaths connected to fentanyl, the individuals had obtained an anti-depressant or anxiolytic following a mental health-related visit within 30 days of their death.[27]

Studies have noted that the effect of the COVID-19 pandemic on low-income economies is less certain because the safety nets available in developed economies may be lacking.[28] Either way, the direct impact of COVID-19 on suicide and opioid related deaths remains uncertain and the current economic downturn differs from those experienced historically.

The effects of COVID-19 are ongoing and their impact on mortality and morbidity is likely to be influenced by how well and quickly different economies recover. Examples of typical recovery curves include: [29]

More recently, a K-shaped recovery curve has been introduced. This curve shows that large firms and institutions with access to government stimulus may recover fast, while small and medium-sized enterprises, blue-collar workers and the middle class gets left out. This could lead to increases in inequality and increasing levels of unemployment and debt.[30] This, in turn, could exacerbate economic deprivation in certain areas. The overall effect of this on morbidity and mortality will depend on which effect (pro-cyclical or countercyclical) dominates.

Prior to COVID-19, one would have expected suicide rates to be negatively impacted by an event with such significant social and economic consequences. However, though the emerging evidence remains limited, most studies to date show suicide rates have not been affected or have even decreased. Although it is useful to look at historic studies, it is fair to say that we face unprecedented times. The global economic decline is combined with a complete change in work and social environments. Increased working from home and increasing social isolation, combined with the economic decline, may have an impact on our health and ultimately our mortality in very different ways depending on the industry we work in and the country in which we live.

Tanya van Niekerk, FASSA, is an actuary at Gen Re South Africa. She can be reached at Tanya.vanNiekerk@genre.com.

David Hatherell, CERA, FASSA, is an actuary in Gen Re’s Research and Analytics team. He can be reached at David.Hatherell@genre.com.