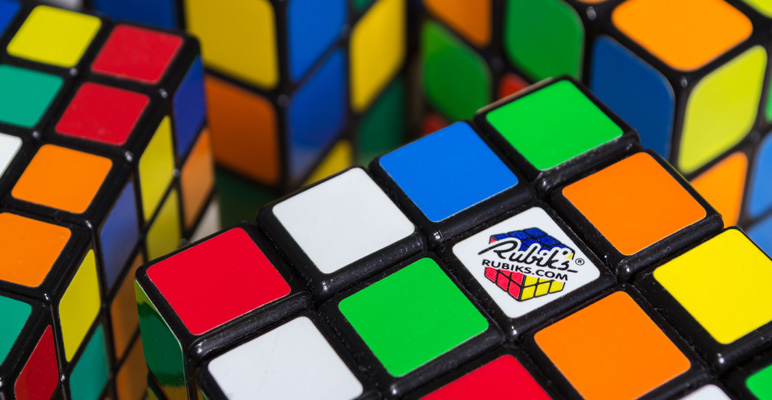 These two events, while seemingly unrelated, have had a similar reception by the general public: each one causes confusion, appears to be difficult, and is not well understood by people who do not specialize in the topic.

Sadly, this article will not help anyone reading it beat the current world record for a 3x3 Rubik’s Cube (as of the article’s writing, it is 3.47 seconds[1]). But, it will help those trying to better understand what withdrawal liability (a calculation that was introduced under the MPPAA) is, why it’s important in the world of multiemployer pensions, and an aspect of the calculation that requires focus and choices on the part of an actuary.

Since MPPAA was passed, pension actuaries who work with multiemployer pension plans have wrestled with one particular aspect of the MPPAA: Selecting the interest rate for withdrawal liability calculations. In September of 2021, the 6th Circuit Court issued a ruling that has—after more than 30 years—brought a great deal of attention to the MPPAA.

To understand the possible implications of the recent Circuit Court ruling, it is essential to have some background about what makes a multiemployer pension plan different from a corporate/single-employer plan and what withdrawal liability is.

MPPAA only applies to multiemployer pension plans, which are typical for industries in which a group of employers contributes to a pension plan under a “collective bargaining agreement” (CBA). This arrangement is typical for labor union pension plans.

Unlike single-employer plans, which are typically sponsored by one employer, a multiemployer pension plan is sponsored by a Board of Trustees consisting of labor and management representatives.

Certain types of industries (for example, construction industry) and situations (for example, mass withdrawals) have special rules for these calculations. For simplicity, this article will broadly discuss the topic without highlighting industry-specific or situation-specific rules.

In simple terms, a multiemployer pension plan’s overall unfunded vested benefits (UVB) is the amount, if any, by which the plan’s vested liabilities exceed its assets. The plan’s UVB is allocated using one of several acceptable methods for a particular contributing employer. Descriptions of these methods can be found in MPPAA and in many articles and texts that have been written since the Act was passed. An excellent analysis and description of the elements and mathematics of a withdrawal liability calculation can be found in the SOA’s white paper, “U.S. Multiemployer Pension Plan Withdrawal Liability Basics and Collectibility.”[2]

Notably, ERISA requires[3] the vested benefits and assets be calculated using “actuarial assumptions and methods which, in the aggregate, are reasonable (taking into account the experience of the plan and reasonable expectations), and which, in combination, offer the actuary’s best estimate of anticipated experience under the plan,” or, “actuarial assumptions and methods set forth in the corporation’s regulations for purposes of determining an employer’s withdrawal liability.” However, neither ERISA nor the MPPAA specifies the interest rate to be used in performing these calculations.

The Puzzle: Which Interest Rate?

Hence, the valuation of a multiemployer pension plan’s vested liabilities is subject to debate. As with any actuarial calculation, determining the value of a monthly benefit payable over a lifetime depends on actuarial assumptions, notably an interest rate and a mortality table.

As a result, a variety of approaches to selecting interest rates for the purpose of a withdrawal liability calculation has been used by actuaries since the first days of the MPPAA.

Some actuaries have selected the interest rate to be used as the same interest rate used for the annual actuarial valuation, while others have used a method in which the actuary uses a blend of interest rates.[4]

The recent 6th Circuit Court’s ruling[5] has brought the discussion of selecting the interest rates used in this calculation to the forefront. The ruling addressed the particular method the plan’s actuary used to calculate the plan’s UVB.

In the last several years, some contributing employers who have withdrawn from multiemployer funds have disputed the calculation of their share of the plan’s overall withdrawal liability and have brought suits against the multiemployer pension plan they were contributing to. These lawsuits have focused on the interest rate chosen by the plan’s actuary, questioning whether the selected interest rate is appropriate for the purpose of calculating the plan’s UVB.

In its recent ruling, the 6th Circuit Court stated that the blended rate used by the Ohio Operating Engineers Pension Fund was not proper. The multiemployer pension plan’s actuary used a blended interest rate instead of the rate the plan actuary used for the plan’s annual actuarial valuation (7.25 percent). The Court opined:

“… ERISA says that an actuary calculating withdrawal liability must use ‘actuarial assumptions and methods which, in the aggregate, are reasonable (taking into account the experience of the plan and reasonable expectations) and which, in combination, offer the actuary’s best estimate of anticipated experience under the plan. The statute allows the PBGC to promulgate regulations requiring alternative assumptions or methods for calculating withdrawal liability, but the agency has not done so. … The default rule of §1393(a)(1) therefore applies: the actuary’s estimate must be based on the ‘anticipated experience under the plan.’’ The actuary’s use of the … blend fails for this very reason.”

Actuaries who work on multiemployer pension plans, plan sponsors, contributing employers, lawyers, and others are now reviewing the 6th Circuit Court decision. All of these groups likely recognize that there are ramifications for employers who have been assessed a withdrawal liability and those who are considering withdrawing from a multiemployer pension plan in the future.

The question, “What interest rate should an actuary use when computing withdrawal liability?” is still not completely answered.

However, with less initial attention 42 years ago than the introduction of Ernő Rubik’s invention, the MPPAA has, nonetheless, resulted in a puzzle that is as just as confounding.

Hal Tepfer, FSA, is the director of Boston University’s MS in Actuarial Science Program. He can be contacted at hal@bu.edu.

[4] Actuaries use a variety of methods to blend interest rates for this purpose. In this article, the term “blended” refers to the general concept of this approach, not to any specific methodology.