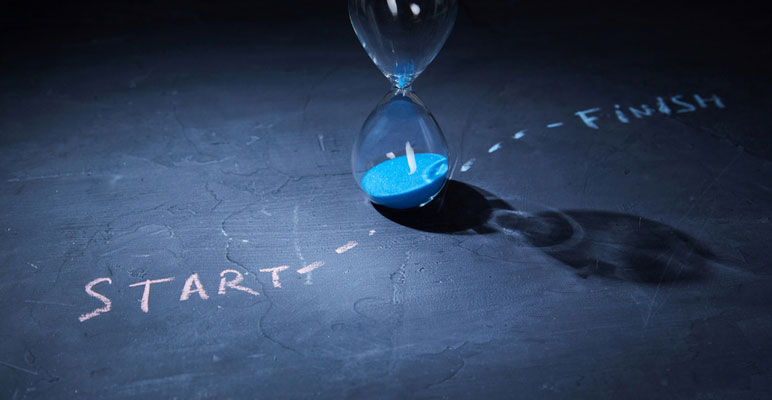 Fixed indexed annuities (FIAs) have been available in the U.S. marketplace for many years. Since the 2008 global financial crisis, FIAs have seen a healthy increase in popularity that can be attributed to the product design offering both downside protection from bear markets and upside participation in bull markets. Moreover, the presence of a guaranteed lifetime withdrawal benefit (GLWB) rider also provides the policyholder with guaranteed income over their lifetime.

The current statutory reserving and capital framework for FIAs is formula-based, with prescribed mortality and interest rates and no allowance for a company's own lapse or other policyholder behavior assumptions. The result is that it often produces onerous reserves, especially among those products with living and death benefit guarantees in the deferral period. This restricts companies from pursuing more innovative product designs that completely meet the policyholder’s investment and income needs.

In recent years, the Annuity Reserve Working Group (ARWG), a sub-committee of the American Academy of Actuaries Life Valuation Committee, has developed a preliminary Principles Based Reserving (PBR) framework for non-variable annuities (the Framework) that borrows from and leverages the existing and already approved VM-20 (life) and VM-21 (variable annuity) methodologies. This Framework, which covers FIAs, strives to ensure that reserving requirements will be aligned with the product risk profile and the company’s exposure to prevailing market conditions. Many industry practitioners expect that the NAIC will adopt some version of this Framework, with an anticipated initial target effective date of Jan. 1, 2023. Note the ARWG has not yet decided whether the new framework will apply only to business issued after the effective date or whether it will apply to in force business as well.

This article introduces the Framework, and the potential impact it might have on the pricing of FIA with GLWBs. While the Framework is still subject to change—and so the discussion herein should be considered preliminary—we hope this article can:

For further details, we invite the reader to refer to the unabridged version of this article.

Below we outline the important provisions of the Framework and how they align with existing VM-20 and VM-21 frameworks. This summary is not meant to be exhaustive but rather a high-level overview highlighting key components of the Framework. A more complete description of these components can be found in the preliminary framework document.

The Framework is similar to VM-21, relying on the conditional tail expectation at the 70th percentile stochastic reserve calculation. In particular, scenario reserves will be calculated as starting assets plus the greatest present value of accumulated asset deficiencies, with a cash surrender value floor. All asset and liability cash flows will be reflected and projected on a pretax basis using company prudent estimate assumptions.

The Framework follows the existing approach for economic scenarios used under VM-21, generating scenarios using the Academy’s Interest Rate Generator (AIRG) with parameters consistent with prescribed regulatory requirements and calibrations as appropriate for non-variable annuities. Note that the replacement of the economic scenario generator for PBR that is currently underway may include allowing for the modeling of negative interest rates, correlation between equity growth rates and interest rates and (for FIAs) the ability to deduct a specified dividend rate to derive price returns rather than total returns.

A methodology consistent with VM-21 will be applied, which defines a portfolio of additional invested assets (AIA) comprising general account assets and/or cash available to the company that is currently not already backing the liabilities in question. The net asset earned rates produced by projecting this AIA portfolio (which is reinvested according to the company's stated strategy) are then used as the discount rates for the scenario reserve calculation. Alternatively, VM-21 prescribes a direct iteration method where the starting asset amount for each scenario is directly (and iteratively) solved for, such that no projected deficiencies arise when they are projected together with all liability cash flows.

Under the VM-21 framework, companies are required to calculate an Additional Standard Projection Amount that could potentially be an add-on to a company's stochastic reserve. The calculation is similar to the stochastic projection, with the exception that prescribed assumptions need to be used instead of a company's prudent estimate assumptions. It is not clear yet whether there will be an Additional Standard Projection Amount under the Framework, and if so, whether it will be a binding constraint or only a disclosure item.

Under VM-21, the costs and benefits of static hedge assets currently held by a company must be reflected. If a company follows a Clearly Defined Hedging Strategy (CDHS) it would also have to project the future costs and benefits of a dynamic hedge strategy using either the Explicit Method or Implicit Method. The Framework suggests that the reflection of a dynamic strategy, whether defined as CDHS or not, will follow the requirements of VM-21. The ARWG has also introduced the concept of an additional hedge-breakage expense for hedges backing indexed-related interest credits to reflect any potential basis risk and hedge transaction timing mismatch (against reality). This hedge-breakage expense could be modeled as either an expense or as a reduction to hedge payoffs.

The focus for our profitability study was to compare the profit and reserve pattern under the existing Commissioners Annuity Reserving Valuation Method (CARVM) reserving regime with the Framework for a typical FIA with GLWB rider. As noted earlier, these results reflect the Framework which is subject to change, as well as the existing AIRG which is in the process of being replaced.

As shown in Figure 1, the IRR increases by a significant 7.6 percent under the Framework compared with pricing under CARVM. While the return on assets (ROA) at the net investment earned rate (NIER) increases by 11 basis points, the ROA at the hurdle rate has a larger increase similar to that of the IRR. It can also be seen that the Initial Strain is much higher under CARVM.

We should note that only the difference in statutory reserve methods is quantified and that capital is based on (the same) factor-based approach for both the CARVM and Framework projections.

A comparison of the projected reserves in Figure 2 provides insights into the varying degrees of change across the different profit metrics. The PBR reserve is noticeably lower than the CARVM until policy year 22 because:

Thereafter, as the account value starts depleting due to continued GLWB payments in the outer loop, the two reserves start converging until they become almost equal from policy year 31 onward. Upon account value depletion, the projected policyholder benefits in the reserve calculation are largely similar under both reserving regimes. Any difference between the two statutory reserves at this point is then due to:

We can conclude that the lower statutory reserve under the Framework up to policy year 22 essentially front-loads the statutory profits. Hence, the higher the IRR generated, or the higher the discount rate used to calculate the ROA, the greater the profitability of the product.

Under the Framework, statutory reserves will be more sensitive to changes or deviations from prudent estimate assumptions than the existing CARVM approach. Moreover, consideration of asset-related treatment such as asset segmentation and investment allocation will be very important.

Under CARVM, it is not unusual to assume or have in place reserve financing as part of the pricing process. In moving to pricing under the Framework, companies will likely be able to avoid having to assume such financing if their goal is to minimize reserve and/or capital strain.

Lastly, from a modeling perspective, there is arguably more complexity and effort involved in pricing under the Framework due to the stochastic nature of PBR, which may require longer run time and increased scrutiny of assumptions, documentation and results.

The Framework is still a preliminary working draft and subject to change, as is the profitability study presented herein. That said, the changes relative to the existing CARVM reserve approach may be significant.

Accordingly, fixed index annuity insurers (and other non-variable annuity writers) should follow developments closely and consider participating in the industry field testing that will likely occur in the summer of 2021 in order to better understand the impacts to their business.

Karthik Yadatore, FSA, MAAA, is a principal and consulting actuary at Milliman. He can be reached at karthik.yadatore@milliman.com.

Zohair Motiwalla, FSA, MAAA, is a principal and consulting actuary at Milliman. He can be reached at zohair.motiwalla@milliman.com.

Zi Xiang Low, FSA, FIA, MAAA, is a consulting actuary at Milliman. He can be reached at zixiang.low@milliman.com.

Aatman Dattani, ASA, MAAA, is an associate actuary at Milliman. He can be reached at aatman.dattani@milliman.com.

Katherine Wang, AIA, is an associate actuary at Milliman. She can be reached at katherine.wang@milliman.com.