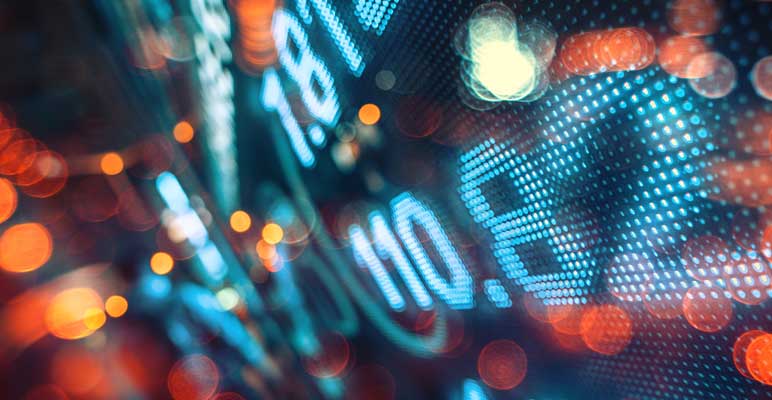 Going forward, the IRS plans to issue the 60-month average of the applicable federal mid-term rates annually each December.

In late December 2021 the Organization for Economic Cooperation and Development (OECD) released Global Anti-Base Erosion Model Rules (also known as GloBE or Pillar Two Rules), the global minimum tax rules of the “two-pillar solution to address the tax challenges arising from the digitalisation of the economy."[1] A deal was reached by 136 of the 140 members of the OECD on the Two-Pillar solution in October 2021, paving the way for the establishment of a global 15 percent minimum tax rate by the Pillar Two Model Rules.

The GloBE rules apply to members of multinational corporations with annual revenues of more than 750 million Euros on a consolidated basis in at least two of the four fiscal years immediately preceding the fiscal year at issue. Pension funds and real estate investment vehicles that are ultimate parent entities are among entities excluded from the rules. Permanent establishments are treated as separate entities.

Generally speaking, for entities within the scope of the Pillar Two Rules, the first step is to identify financial accounting income, from which base adjustments are made to arrive at a global income. For example, adjustments “are made where necessary to reflect common permanent differences, such as to remove most dividends and equity gains so that the minimum tax does not apply to such income.”[2]

Once the global income is determined, current taxes are computed, to arrive at an effective tax rate (ETR). The rules provide for a general adjustment for deferred taxes that defer within five years. There is also a list of material long-term deferred items not subject to the general five-year rule; that list includes the insurance items as well as items subject to fair value accounting of investments. Most significantly for insurers, deferred taxes provided for insurance reserves and insurance policy deferred acquisition costs are included in the ETR calculation. Insurers advocated for inclusion of these deferred taxes on insurance company assets and liabilities to properly reflect the income and business model and will continue the education and advocacy as the commentary is released to confirm insurer income is accurately measured.

The minimum tax is calculated to ensure that a minimum tax of 15 percent applies to income. This is accomplished by calculation of the ETR in every jurisdiction where an entity operates and payment of a top-up tax where the ETR in any jurisdiction is below 15 percent. The top-up tax would be paid to the jurisdiction in which the ultimate parent of that entity resides. The rules contemplate domestic minimum top-up taxes based on GloBE rules and provide for offsetting by making payment of such domestic taxes fully creditable against any GloBE tax liability.

The Model Rules set an effective date of 2023 for implementation. Commentary with examples on how the rules operate are expected to be released in late January or early February 2022, providing a more detailed implementation framework, as well as opportunity for feedback from taxpayers.

Final Guidance Related to the Foreign Tax Credit was published on Jan. 4, 2022 after an unofficial version of the rules was released on Dec. 28, 2021. Most notably for insurers, the proposed rules regarding the treatment of section 818(f)(1) items for consolidated groups were adopted without change. The rule provides for the allocation and apportionment of expenses defined under section 818(f) among all life insurance company members in the consolidated group as if they were a single corporation (life subgroup method). Additionally, the rules also allow a consolidated group a one-time election not to apply the life subgroup method and instead allocate and apportion section 818(f)(1) items solely among items of the life insurance company that generated the section 818(f)(1) items (separate entity method). ACLI advocated for this rule and is pleased that Treasury and IRS chose a rule that allows companies to continue to allocate and apportion their section 818(f) expenses based on their business operations without much disruption. Significant items allocated under Section 818(f) for life insurers include reserve adjustments, policyholder dividends and death benefits.

The final rules adopt the much-contested attribution requirement in the proposed regulations that premises creditability of a foreign tax credit on a nexus with the jurisdiction in which the foreign taxes are paid. This so-called jurisdictional nexus can result in anomalies and challenges. For example, a company may need to establish a nexus in order to receive credit for taxes paid on sales of its stock in jurisdictions where it does not otherwise have a presence. Due to the regulatory requirements imposed on insurers by local jurisdictions, this should not be an issue for most insurers, but may create issues for certain structures. Issues such as treatment of in lieu of taxes or the other taxes that may not be creditable with the nexus rules (digital taxes and tax on services not performed in the country imposes the withholding tax) remain.

Notably absent and maintained in proposed form are rules relating to the definition of financial services. ACLI provided comments on those rules in response to the proposed regulations issued in 2020 and will continue to remain engaged on the issue.

Treasury and the IRS issued final regulations (T.D. 9961) on Dec. 30, 2021 to help taxpayers adapt to the end of the London InterBank Offered Rate (LIBOR) and the transition to the Secured Overnight Financing Rate (SOFR). As expected, the regulations confirm that a shift away from LIBOR will not trigger capital gains tax.

LIBOR first came under fire in 2012 when it was revealed that a number of bankers at financial institutions had colluded to manipulate the rate. The Federal Reserve and British regulators announced that LIBOR will be phased out by 2023 and publication of the LIBOR one-week and two-month USD LIBOR rates was discontinued in December 2021. The guidance issued last December was welcomed since, as the IRS noted in the final rules, changes in the innumerable number of contracts that reference the LIBOR rate “could lead to the recognition of gains (or losses) … for U.S. income tax purposes and to correspondingly potentially larger tax liabilities for their holders.”

The regulations should simplify matters for taxpayers as businesses undertake a great deal of work to replace LIBOR with another benchmark interest rate. It is estimated that hundreds of trillions of dollars’ worth of loans and derivatives are implicated in contracts that incorporate LIBOR.

The Multistate Tax Commission (MTC), an intergovernmental state tax agency, has established a Partnership Working Group. At its first meeting of 2022, the working group indicated its intention to focus on investment partnerships in the coming months with plans to develop recommendations (and models to carry out its recommendations) and to produce a white paper on the issue sometime before the MTC’s April 2022 meetings.

Information reviewed by the MTC working group on this phase of the partnership project noted that insurers hold the majority of assets and portfolio income of investment partnerships. IRS and SEC data indicates that of the $36 trillion invested in partnerships across industries, finance and insurance companies hold approximately $20 trillion of such investments and of the total portfolio income produced by investment partnerships of $1,154 billion from IRS industry sector data, finance and insurance companies produce $935 billion, representing 81 percent. ACLI will continue to track future developments and monitor this project for potential impact as the MTC work moves forward.

Ryan Derry is senior legislative and regulation analyst for the American Council of Life Insurers and may be reached at ryanderry@acli.com.

Mandana Parsazad is vice president, Taxes and Retirement Security, for the American Council of Life Insurers and may be reached at mandanaparsazad@acli.com.

Regina Rose is senior vice president, Taxes and Retirement Security, for the American Council of Life Insurers and may be reached at reginarose@acli.com.

[1] Pillar One imposes a tax on digital commerce, Pillar Two imposes the minimum tax. Financial services companies are exempt from the Pillar One digital tax.