A Review of John Lewis Gaddis' On Grand Strategy 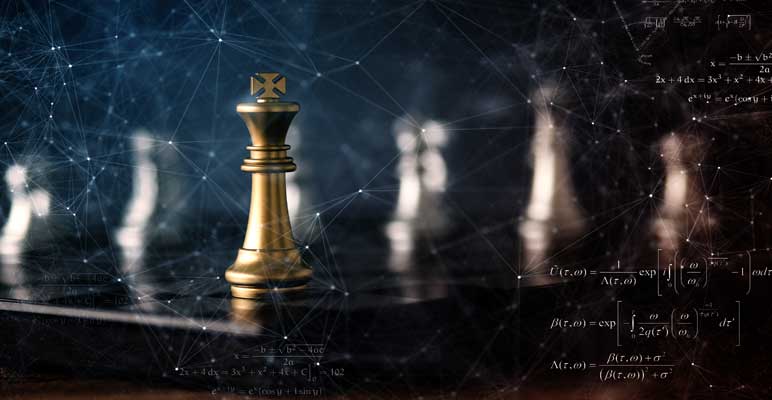 In this article I review On Grand Strategy, a Penguin book written in 2019 by John Lewis Gaddis, winner of the Pulitzer Prize, and Professor of the Studies in Grand Strategy seminar at Yale University.

The seminar is offered to students that are expected to pursue careers in diplomacy. Because it has long been acknowledged that strategy is important in business management, the book is also useful to decision-makers in the business community.

The book consists of 10 chapters whose titles say little about their subject matter:

Before I started reading, I guessed, mostly incorrectly, the subject matter of the chapters. In a few cases I thought my conjecture was reasonable just to discover that I was completely off the mark. For example, Chapter 10 does not deal with the Jewish Prophet but instead with Isaiah Berlin, the political theorist. After reading each chapter I wrote a sentence at the margin of the first chapter page to describe its content. For Chapter 4, Souls and States, I wrote “Agustin and Machiavelli,” although, like the rest of the book, chapter 4 is sprinkled with the teachings of other intellectuals.

Professor Gaddis identifies individual and societal patterns of conduct, gives examples of strategic thinking, and discusses human nature’s propensity to folly in critical moments. It does so mostly within historical contexts although now and again he discusses the views of authors of novels—nothing less than masterpieces—and the actions of their characters, like Andrew Bolkonsky in Tolstoy’s War and Peace. The emphasis on historical events is important because facts, particularly those linked to puzzling human behavior, cannot be dismissed as fictitious.

On occasion the ideas presented in the book appear disjointed and are difficult to follow. The book is written for people who have read extensively or are willing to invest time to become acquainted with the lives and works of the individuals Professor Gaddis discusses. Without such effort, the value of On Grand Strategy diminishes significantly. Consider the following paragraph (page 196):

In telling his troops what to think, Clausewitz, however, is trying to teach us how to think. You can’t know anything, he’s sure, without first grasping its purest form. The idea is Plato’s, but its most influential recent advocate was Clausewitz’s near contemporary, Immanuel Kant, who sought to reconcile opposites by first starkly posing them. Graduations, qualifications, and mitigations could then follow.

Only a limited number of readers are likely to be acquainted with Clausewitz’ On War and probably fewer are familiar with Kantian philosophy. Professor Gaddis talks about these and other subjects assuming that the reader understands them at least at a basic level.

I struggled to summarize the key points of various sections but others were easy to follow and contained valuable lessons such as (page 24):

The well-trained soldier will surely perform better than one with no preparation at all, but what is “training,” as Clausewitz understands it? It’s being able to draw upon principles extending across time and space, so that you’ll have a sense of what’s worked before and what hasn’t. You then apply these to the situation at hand: that’s the role of scale. The result is a plan, informed by the past, linked to the present, for achieving some future goals. The engagement, however, won’t in all respects follow the plans. Not only will its outcomes depend on what the other side does but it will also reflect “unknown unknowns,” which are all the things that can go wrong before you’ve even encountered and adversary. Together, these constitute what Clausewitz called “friction,” the collision of theory with reality about which Artabanus tried to warn Xerxes, many centuries earlier at the Hellespont.

An Example: Chapter 5 (Princes as Pivots)

Chapter 5 deals with the lives and actions of Mary I (“Bloody” Mary, 1516-1558) and, especially, Elizabeth I (1533-1603) from a strategic point of view. I could not follow the narrative in the first reading because I was unaware of the relevant historical context and unfamiliar with the lives of the Queens and the people that surrounded them. The barrage of ideas tightly packed in the book did not help. It was clear that I had to familiarize myself with the history of the House of Tudor. I read Chapter 5 of The Oxford Illustrated History of Britain which had a concise account of the Tudor age. I learned about key events and became prepared to appreciate the roles that faith, fanatism, loyalty, self-interest, planning, blunders, and luck—yes, luck, good or bad, combined with decisiveness or hesitation—play in the course of history. Had I not known that I was reading the history of Britain from 1485 to 1603 I would have thought that the events described in the book were fiction.

On Grand Strategy is Not an Easy Read

Great works typically require a commitment from the reader in the form of time to go over the material carefully, reread it as necessary, research certain topics, engage with its content instead of reading passively, making connections with our own ideas and our own experience. On Grand Strategy is a demanding read.

The works discussed in On Grand Strategy such as Thucydides’ The Peloponnesian War and Machiavelli’s The Prince matter because they allow us to learn from outstanding thinkers. Let us not forget that smart individuals—very smart individuals, indeed—have scrutinized the content of such books over extended periods of time and have reached the same conclusion: Such books contain valuable lessons and should be considered classics. This does not mean that we agree with the experts (we may dissent even when we don’t have the knowledge to make a judgment), or that we are willing to invest time and effort to read closely these works. But those who do are rewarded with a sound understanding of human nature and acquire the tools—subtle, it is true, but also effective in the long term—to improve their diplomatic and business careers, and why not, also certain aspects of their lives.

Does it Really Work?

I mean, does a close read of On Grand Strategy and similar works improve our strategic thinking and help us reach our goals? To answer, I paraphrase a comment from Master Sun Tzu, author of The Art of War: Every general has heard these things. Those who know them prevail, those who do not know them do not prevail.

Carlos Fuentes, FSA, FCA, MAAA, MBA, MS, is the president of Axiom Actuarial Consultant, and co-founder of Your2tor, an international tutoring start up. Carlos can be contacted at carlos-fuentes@axiom-actuarial.com.