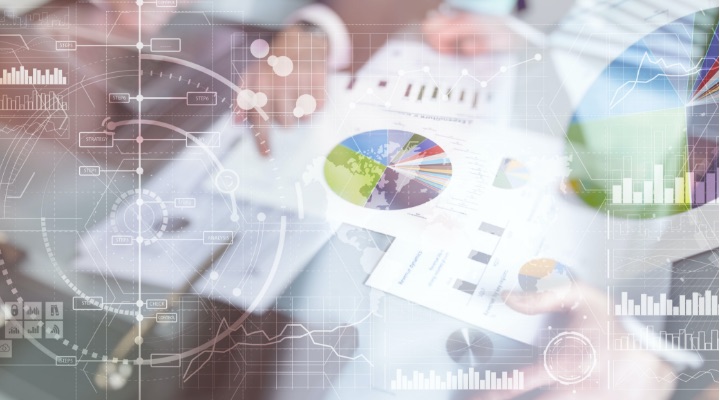 The introduction of GAAP long-duration targeted improvements (LDTI) will create more volatility in financial results, as updates to assumptions and data used to calculate financials are required at least annually. Additional scrutiny from internal and external stakeholders demanding increased transparency and explanations will meet this increase in reporting volatility. Actuaries will be required to help their accounting and finance colleagues develop a narrative for the financial results. In short, LDTI has added storytelling to the actuarial job description.

Given the historically low interest rate environment, moving from the original discount rate to the current prevailing discount rate may impact many insurers. Reported AOCI will capture this dynamic, and impacts to surplus will be felt.

This article will discuss the potential impact that the discount rate update will have on the opening balance sheet by modeling LDTI reserves using historical yield curves. Ultimately, using illustrations of historical yield curves that highlight their shape, level, and how they relate to one another can explain LDTI's discounting conventions and potential impacts on surplus.

To explain the impact on reserves (and equity) from transitioning to LDTI, companies will need to explain how interest rates have evolved since they first sold the book of business. To tell a complete story, the actuary should answer the question: "What did rates look like when we wrote our business?"

Illustrations help visualize rates and conceptualize the history of interest rates. The graphs below show corporate yield curves for each year dating back to 2001. The data used to produce the corporate yield curves is from the high-quality market (HQM) data set provided by the US Treasury Department. The HQM curve represents the yield of available high-quality corporate bonds, rated A through AAA. Note that the credit quality of HQM data is of higher quality than what will be used under LDTI (single-A rated).

Rolling Up The Curve 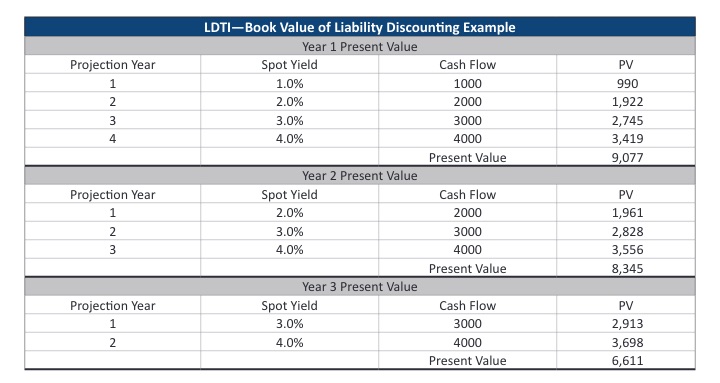 We present the graphs from each of these periods below. The 2020 yield curve is used in each graph to contrast with historical rates. 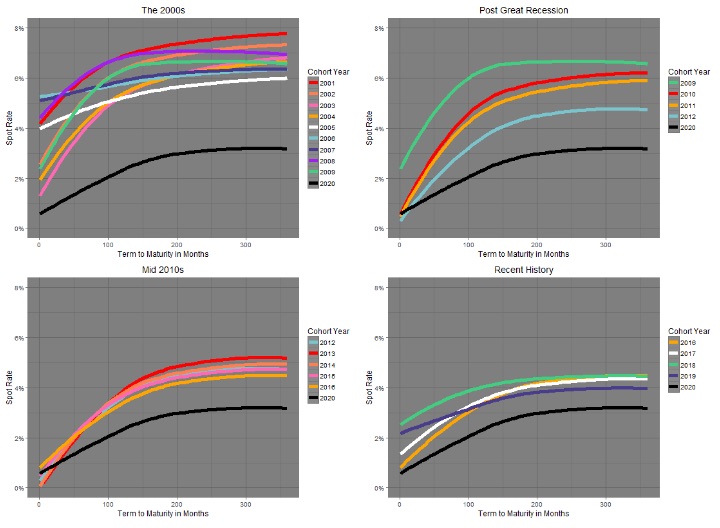 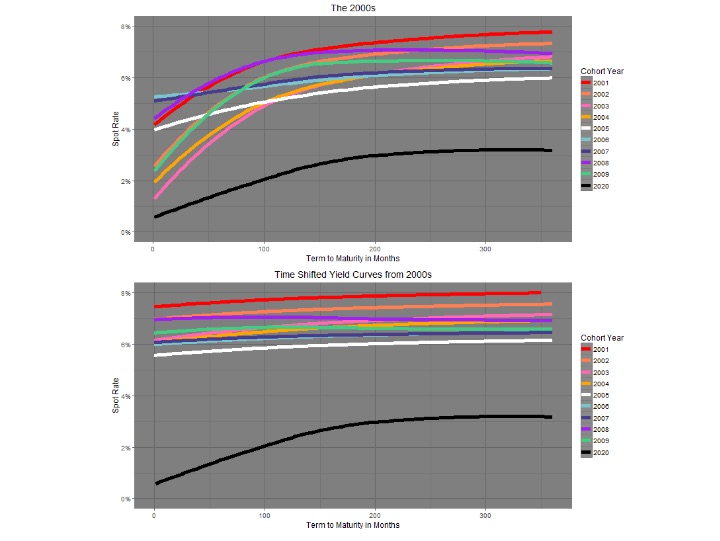 Impact on AOCI From Falling Rates

As shown by the previous graphics, the 2020 bond market hit historic lows for bond yields. As insurers begin to analyze the potential impact of LDTI, the impact of updating the discount rate to reflect today's interest rate environment might have a very significant impact on reserves, especially if yields stay at 2020 levels.

To demonstrate this point, we built a Prophet model with 20 different annual cohorts, representing each of the past 20 years, and produced LDTI financial statements, including the opening balance sheet and the AOCI impact due to the change in discount rates.

The model we used had the following characteristics:

The below graph depicts the impact of the change in the discount rate (represented by AOCI amount) as a percentage of the reserve at transition. For instance, the model results show that for the 2009 cohort, a FAS 60 reserve of $1 million would turn into a $2 million reserve under LDTI, with the additional $1 million allocated to AOCI.

Interesting points to note about the 2020 results:

There has been some talk recently about the prospects of inflation returning to the United States. Rates may be increasing in the coming months, and the historic lows, represented by the 2020 yield curve, may not reflect the prevailing rates when LDTI comes into effect.

To demonstrate the impact of a rising interest rate environment, we looked at results assuming that the 2018 curve was the prevailing yield curve. The results are below.

Interesting points to note about the 2018 results:

As demonstrated, the prevailing interest rate environment at the time of transition will loom large for how impactful LDTI is on the opening balance sheet and GAAP equity. LDTI results using 2020 yields could be shocking. If rates begin to rise and return to 2018 levels, more minor GAAP equity impacts should follow. In either case, interest rates and their immediate impacts on earnings and surplus will be a much more significant part of the story under LDTI than it is under current GAAP.

Scot Glasford, FSA, MAAA, is a senior actuarial product manager at FIS Global. He can be reached at Scot.Glasford@fisglobal.com.