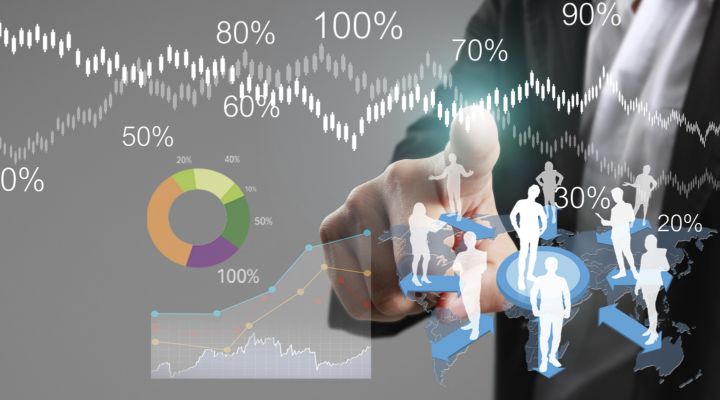 Author’s note: This is the fifth and final article in a series looking at accounting for ceded reinsurance under GAAP’s Targeted Improvements to the Accounting for Long-Duration Contracts (LDTI).[1]

This article examines the accounting for reinsurance of previously issued blocks of business. These arrangements raise additional concerns to those seen earlier. The focus remains on long-duration reinsurance of products that require net premium reserves and on objectives of compliance, performance and simplicity.

Before turning to existing business, I’ll address an additional concern for limited-payment contracts that came to my attention after I wrote about Unique Concerns—protecting equity as well as income.

For limited-payment contracts, protecting equity does not follow automatically from protecting income. As with other questions about reinsurance, the dearth of explicit guidance means that different interpretations are possible. To include equity in performance objectives requires careful alignment between reinsurance recoverable, cost of reinsurance, and their direct counterparts.

Alignment between the liability for future policy benefits and reinsurance recoverable is most effective when they accrue for future benefits and future net costs, respectively, over the same direct premium base.[2] Remeasurement of both at current discount rates will preserve that alignment for balance sheet measurement.

According to Accounting Standards Codification (ASC) paragraph 944-605-30-4, “The difference, if any, between amounts paid for a reinsurance contract and the amount of the liabilities for policy benefits relating to the underlying reinsured contracts is part of the estimated cost to be amortized.”

LDTI added a wrinkle to this measurement—for new reinsurance of existing traditional contracts, the ceding company will have two liability values. The first, calculated by discounting cash flows at rates that were fixed at issue of the underlying contracts, is used for measuring net income. The second, calculated by discounting at current rates, is reported in the balance sheet.

The American Institute of Certified Public Accountants (AICPA) advises in its Life & Health Insurance Guide (Audit Guide), that “the reinsurance recoverable and the cost of reinsurance should be measured using the liabilities … as remeasured using the … discount rate assumption at the date the reinsurance contract is recognized in the financial statements.”[3] Simply stated—use the balance sheet liability.

The Audit Guide also advises that subsequent measurement for net income requires “use of the interest rate at the date the ceded reinsurance contract is recognized.”[4] As with direct liability measurement, “the current upper-medium grade fixed-income instrument yield discount rate assumption would be used for balance sheet remeasurement purposes. …”[5]

According to the Audit Guide, “the recognition of ceded reinsurance recoverables … should also employ a net premium approach with retrospective updating of cash flows.”[7]

Complicating remeasurement for reinsurance of existing contracts, however, is an initial balance that does not accrue directly from premiums. GAAP does not specify a technique for handling this balance.

Something akin to the modified retrospective method in ASC 944-40-65-2(d)(2) could handle this complication but would fail to achieve performance objectives. Invariably, remeasurement would recognize in current income a larger proportion of unexpected benefits than of the associated recoveries. Similarly, an assumption change would have a proportionately larger effect on the direct liability than on reinsurance recoverable.

I know of two methods to handle the initial balance with consistent results in subsequent remeasurements. If it weren’t for the different discount rates recognized earlier, the “dynamic retrospective” and “attributed retrospective” remeasurement methods would produce identical results and remeasurement of the reinsurance would align perfectly with remeasurement of the direct liability to the extent that cash flows are reinsured. In principle, I don’t see either of these methods as superior to the other but there are some practical differences.

The dynamic retrospective method uses the familiar modified retrospective formula for calculating the net premium ratio. Remeasurement, however, requires an extra step—remeasurement of the direct liability as of the treaty date.

The attributed retrospective method requires additional calculations at inception of the reinsurance but then uses the results as if they were actual cash flows. Remeasurement uses the same calculations as any other reinsurance treaty. This method can also be used effectively with forms of reinsurance other than quota-share coinsurance.

When using, for example, the net cost method for reinsurance recoverable:

Where rNPRt is the remeasured recoverable net premium ratio, T is the inception date of the reinsurance, RR is reinsurance recoverable, and the tilde (~) indicates a balance retrospectively remeasured using actual experience to the current reporting date (t) and current assumptions beyond.

Remeasuring the initial reinsurance recoverable in this way raises a question of whether the corresponding initial cost of reinsurance should also be remeasured. This is neither necessary nor desirable.

To align reinsurance remeasurement with direct remeasurement, the attributed premium at inception of the treaty (AP) must satisfy this equation:

Where Premium represents whatever premium is used in the denominator of the recoverable net premium ratio and where h, measured at inception of the reinsurance, is the ratio of actual direct premium to lifetime direct premium (actual premium to date and expected future premium):[8]

Using again the example of the net cost method, attributed recovery (AR) must satisfy the equation:

Though details would vary, set up would be similar for other reinsurance recoverable calculation methods.

Whatever is included in recurring reinsurance cost (Reinsurance Cost), attributed cost (AC) must satisfy the equation:

I began this series with an Introduction, recognizing the limited guidance for reinsurance accounting and the diverse interpretations and practices that arose under existing standards.

A Fresh Look then recognized some objectives, in addition to compliance, to help frame the challenge and described some simple approaches to achieving those objectives. One objective is for earnings to emerge as a constant percent of revenue after reinsurance. Another is for remeasurement of reinsurance to align with remeasurement of direct liabilities to the extent cash flows are reinsured. To keep it simple, we look for a technique that can be used for a variety of reinsurance arrangements.

Looking at Precedent, we saw that most existing methods can be modified or supplemented to satisfy these objectives under LDTI. We also saw, however, that the complexity of calculations needed to achieve performance objectives varies significantly among the methods.

Keeping objectives in mind, we addressed some Unique Concerns for reinsurance that arise from its relationship to the underlying reinsured contracts.

Finally, we recognize in this article that the same objectives and methods apply also to reinsurance of Existing Business, but with the added complications of different inception dates.

I would like to thank Nicole Kim, FSA, MAAA, for her suggestion that performance objectives might consider effects on equity, as well as income.

Steve Malerich, FSA, MAAA, is a director at PwC. He can be reached at steven.malerich@pwc.com.

[2] For a description of net cost and other measurement methods, see “Accounting for Ceded Reinsurance under LDTI—Precedent.”

[9] For reasons that cost of reinsurance might also use retrospective updates, see “Accounting for Ceded Reinsurance under LDTI—Precedent.”