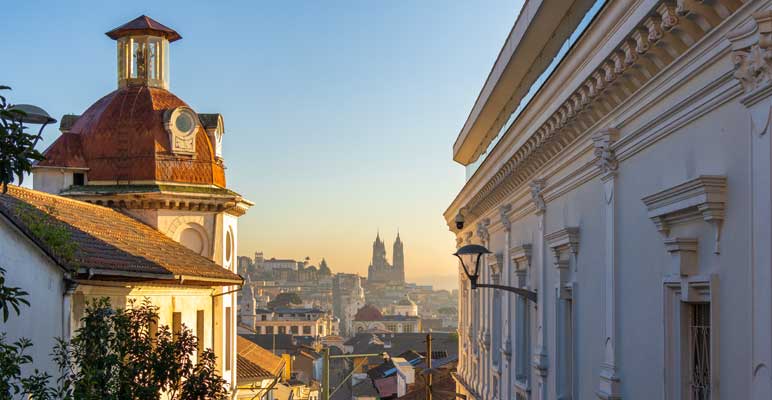 The Ecuadorian Actuarial Association (AEACT) was admitted, as a Full Member (FMA) of the International Actuarial Association (IAA) in October 2021. This constitutes a great achievement for a small country like Ecuador with 17 million inhabitants, a GDP of 100 billion U.S. dollars, and no more than 20 professional and registered actuaries.

This important goal was a challenge both personally and for the team that worked hard to achieve it. I remember that it all began 28 years ago, when I attended as a guest to present a summary about the actuarial profession in our country at the World Congress of Actuaries that was held in Montreal, Canada. This congress was the opportunity to learn about the functions and activities of the associations of more developed countries with a significant number of actuaries and whose profession already had an acceptance in professional societies such as the Society of Actuaries in the United States, the Faculty of Actuaries of the United Kingdom, or the Institut des Actuaires of France.

Since then, I began to persuade the few Ecuadorian actuaries I knew who had studied in Europe or the U.S. to form an association. Later, thanks to the invitation of Chris Daykin, one of the most renowned actuaries in the world, I joined the Pensions, Benefits and Social Security Section and then the IAA Subcommittee for the development of the profession in Latin America.

Later, and thanks to my work as a professor at the Universidad San Francisco de Quito – USFQ, I participated as a lecturer in some international conferences and congresses, especially related to the social security situation in Ecuador, this was a magnificent opportunity to strengthen ties of friendship and collaboration with actuaries around the world. In 2017, with the support of an extraordinary team of collaborators and excellent legal advice, we were able to form the Ecuadorian Actuarial Association, which began with six founding partners.

We immediately submitted to the International Association of Actuaries our application to be accepted as an associate member, which happened in November 2017 in Mexico City on the occasion of an IAA meeting and since then, we have been working on the reform and elaboration of the statutes, the code of conduct, the syllabus, the regulations to avoid conflicts of interest and the process for sanctions or calls for attention for breach of any regulations or lack of professionalism. All the supporting documents were presented to the corresponding qualification committee and finally the AEACT was accepted as a full member of the IAA.

In Ecuador, the actuary profession is not well known and therefore, the AEACT was established with the aim of promoting technical-actuarial knowledge and promoting the defense of the actuarial profession in the country, creating awareness about the importance of the study, research and promotion of actuarial science in the country and encourage solutions to technical or economic problems faced by various agents in the field of actuarial science.

In recent years in Ecuador, the actuarial profession has taken more prominence due to the need to propose structural reforms to a weak social security system. The Ecuadorian population continues in a stage of demographic transition, that is, most of the population is young and of a productive age, which represents a great advantage when making decisions that affect the long-term economic and social future. For this reason, the professional actuary has a great responsibility in the design of public policies and to exercise greater technical influence in decision-making.

There have been several years in which a modification of the age parameters for accessing retirement has been discussed: years of contribution, amounts of benefits and even the same distribution model that the country currently has, have been questioned. The role of the actuarial profession will then be fundamental to achieve the financial sustainability of a social security and pension system that manages to become one of the pillars of the economy, especially for the most vulnerable.

One of the priority objectives that AEACT will pursue will be the continuous training of its members, offering various technical courses, but above all leading the profession to adapt to new technologies and methodologies. The application of the fundamentals of data science, machine learning and artificial intelligence will be key to the development of the profession in the future. Much progress has been made in good technical management by the insurance market in the country, especially in the management of its reserves and in the preparation of technical notes that support the professional and market characteristics of the products offered, but much remains to be done especially in the application of solvency and in the inclusion of new technologies in the processes of this industry to begin to consolidate an Insurtech industry in Ecuador.

In short, after much work and effort, being a FMA of the IAA has represented a great achievement for AEACT and through this presentation we make ourselves available to the entire community of actuaries in the world to continue working together and improve working conditions by improving the training of our members.

We now face new challenges such as obtaining full recognition of the actuarial profession by all controlling bodies in Ecuador, establishing the regulations that allow actuaries registered with the AEACT to practice the profession framed by international principles, working with professionalism and ethics, and avoiding conflicts of interest.

AEACT now requires better structured associations such as SOA to guarantee, through continuous training courses, the suitability of our professionals and to continue helping young Ecuadorians become interested in this fascinating profession by taking the corresponding exams. The Universidad San Francisco de Quito – USFQ remains the headquarters administering some of the SOA exams.

Finally, we will focus on developing training in areas related to Solvency II, IFRS 17 and with data analytics and artificial intelligence applications in order to be in line with the current needs of Ecuadorian society and also contributing with other small countries in Latin America to advise and become FMA of the IAA.

Rodrigo Ibarra is the CEO of Actuaria Consultores based in Quito, Ecuador, and a professor at Universidad San Francisco de Quito - USFQ. He can be reached at rodrigo.ibarra@actuaria.com.ec.