Announcement: SOA congratulates the new ASAs and CERAs for September 2022.

By Erik Lie and Gwen Weng 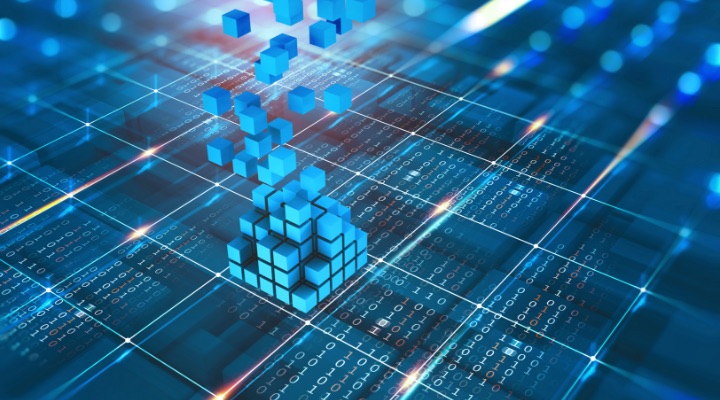 “DeFi,” or decentralized finance, is an emerging financial system built on blockchains without central intermediaries such as banks. Defi has experienced explosive growth in the last couple of years, with billions of capital locked in numerous DeFi protocols on blockchains. However, DeFi is still relatively unknown outside of the cryptocurrency/blockchain sphere. Established actuarial practice areas such as insurance, employee benefits, banking, and investments all contain DeFi application opportunities for those interested in exploring them. This article aims to provide an introduction to DeFi concepts with a few practical tips.

DeFi Basics for Those who Have Never Heard of it

A blockchain is a system in which a record of transactions is maintained across multiple computers linked in a peer-to-peer network. The blockchain acts as a giant distributed computer that enables general programming on a decentralized platform. Computer codes can be executed on the blockchain without a central intermediary.

Ethereum is a blockchain with “smart contract” functionality. One use case for smart contracts is the creation of financial services on a blockchain. This is known as decentralized finance, or DeFi. Because all activities are carried on-chain, there is no need for any central and rent-seeking intermediaries like banks. This could result in significant cost savings and efficiency improvements for participants, leading to more accessible products and services. The following sections introduce a few basic DeFi applications.

Stablecoins are tradable instruments on blockchains that have their value pegged to fiat currencies, mainly U.S. dollars. Stablecoins can be backed by the fiat currencies themselves with reserves in USD Coin (USDC), which can always be redeemed for US$1.00 each. They can alternatively be backed by algorithmic designs that incentivize traders to maintain the peg, such as Dai.

Thanks to the invention of stablecoins, one can experiment with DeFi without the price exposure of highly volatile cryptocurrencies. Many crypto “on-ramp” services such as Coinbase allow users to directly exchange their dollars for stablecoins. However, to carry out activities on-chain, users must make payments in Ethers (or “ETH,” the cryptocurrency of Ethereum) to cover the transaction costs, which are known as “gas fees.”

Cryptocurrencies or stablecoins can be stored in a wallet on the blockchain, which is a program or service that holds the transaction keys. Users can then use decentralized exchanges to swap   them to other coins. For example, a stablecoin can be exchanged for an ether, and vice-versa. The emergence of DEX can be attributed to the invention of automated market makers (AMM).[1] AMM is an economic algorithmic design that allows peer-to-peer liquidity provision and token swapping. It was first introduced by Robin Hanson in his paper “Combinatorial information market design for prediction market,”[2] but was later modified and used in “Uniswap” to enable crypto token swapping. Uniswap is a DeFi protocol that facilitates automated transactions between cryptocurrency tokens on the Ethereum blockchain through the use of smart contracts via an AMM called “constant product market maker” (CPMM).  After Uniswap’s success, more AMM have been invented such as multi-dimensional CPMM from “Balancer,” or Stableswap invariant from “Curve,” and these AMM are in general called “constant function market makers.”

All transactions through DEX happen on the blockchain so users always know what their money is doing or where it is going without a third-party custodian. Furthermore, many tokens are only available for trading on DEX. The downsides of DEX include the possible lack of liquidity and price slippage due to AMM mechanisms, as well as fees charged by the DEX and the gas fees used to execute the transactions on chain.

Many DeFi protocols facilitate lending and borrowing on the blockchain. One significant feature of crypto-based lending and borrowing is overcollateralization. That is, one can only borrow less than the value of the collateral posted. This may not make sense initially. After all, why would someone put down $100 as collateral only to borrow $50 against it? However, DeFi borrowing against a cryptocurrency position is an attractive option where the user can access borrowed funds immediately without going through the onerous processes typically encountered in traditional lending. The downside is that if the value of the collateral falls significantly, the borrower risks being liquidated, in which his collateral is sold to cover the borrowed funds. A more comprehensive review on DeFi lending can be found in a recent paper by Gudgeon et al. on DeFi protocols for loanable funds.[3]

Because of overcollateralization, lenders of stablecoins (and other assets, depending on how they are used) can typically enjoy good returns without taking on excessive risks. Lending rates vary significantly across protocols and over time, depending on market supply and demand or governance votes of the protocols. It’s important to note that lending is not completely risk free; lenders interact with smart contracts, which are inherently riskier than insured savings. Lenders need to do their own due diligence to figure out the right balance of risk versus reward. They can also purchase insurance on-chain to hedge their exposures!

DeFi shows significant promise in disrupting traditional finance. However, there is one technical roadblock that must be solved before its mass adoption: the blockchain’s scalability trilemma. Due to Ethereum’s inherent consensus mechanism (inherited from Bitcoin’s Proof-of-Work), the network becomes congested and expensive for users when traffic is high. The blockchain scalability trilemma states that users can only achieve two of the following three desirable system characteristics: decentralization, scalability, and security. The concept was originally articulated by Vitalik Buterin, the founder of Ethereum, who coined the name while evaluating the scalability of blockchain technology.[4] Optimizing all three is difficult; however, the scalability trilemma is only an observation rather than a mathematically proven fact. There may exist an algorithm that can solve the trilemma. (See Figure 1)

There are numerous projects attempting to solve the scalability trilemma, such as ETH 2.0, Polkadot, Avalanche, Polygon, Optimism, etc. In general, solutions can be divided into a few directions: Layer 1 scaling, Layer 2 scaling and other consensus algorithms.

Layer 1 scaling refers to coding changes directly made to the blockchain that can fundamentally improve the performance of the blockchain. This tends to be difficult as the changes typically need to be structural in order to meaningfully improve performance. One area of active research and implementation is sharding, where the blockchain network would be divided into multiple segments to allow parallel processing.

Layer 2 scaling solutions are built outside of the main blockchain (layer 1), where transactions are executed on layer 2, but transaction data are posted on layer 1. This allows network congestion to be reduced significantly on layer 1 while layer 2 expands the computational capacity to allow for faster and a higher volume of transactions. This is typically referred to as a rollup. Alternatively, a side-chain can be used with a bridge to the main chain.

The technology is still maturing and if the scalability trilemma can be solved, the potential for DeFi will be limitless. Readers may want to consider acquiring an Ethereum wallet, collecting some ethers and stablecoins, and exploring a brave new world!

Erik Lie, FSA, CERA, is an entrepreneur, DeFi researcher, data scientist and actuary. He can be reached at erik@zoofi.network.

Gwen Weng, FSA, CERA, CFA, FCIA, is director of IFRS Actuarial at Equitable Life of Canada. She can be reached at gwen@zoofi.network.