The (He)art of Persuasion 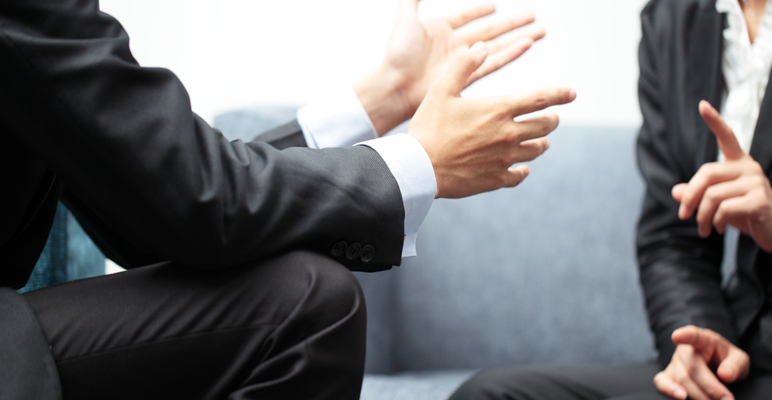 “A lucky few have it; most of us do not ...” is the captivating leading sentence of author and social scientist Robert B. Cialdini’s publication on “Harnessing the Science of Persuasion.”

Persuasion is the act of presenting facts or arguments to an audience in order to move, motivate, or change their attitude or position on a particular topic. Typically, the communicator is encouraging others to agree with his or her point of view, or inspiring others to take up a cause or an action. Ultimately, audience members are not coerced, but are free to make their own choice—to either be persuaded by the speaker (or not!). Despite the seemingly logical, rational nature of persuasion, Cialdini’s quote suggests that persuading another person is truly more of an art than a science, and casts doubt upon the ability to develop persuasion as a skill.[1]

Individuals can become more proficient at persuasion by fostering techniques to further their connection with the audience. While evidence and truths comprise a portion of the persuasion recipe, there is also the additional (and sometimes elusive) emotional ingredient. The successful communicator must make a plea that truly resonates with the listener—both logically and poignantly.

As actuaries, our strength is in the facts-based portion of persuasive discussions. We are known for being rational and assessing any and all risks. We are consummate professionals at using statistics to quantitatively and objectively persuade our audiences. However, at times, sound reasoning may not be enough. We also must consider how to appeal to the audience’s emotional state of mind by expanding beyond the data. In order to further develop your powers of persuasion, consider the following:

In any situation where persuasion techniques are used, the communicator must use emotional intelligence to read and respond to the audience. While delivering the proposal in real time, the persuader must assess the listeners’ receptiveness. A balance between being convincing and confident versus overly pushy and aggressive is necessary. If the proposal is worthwhile, the audience will be persuaded to see its inherent value in time.

While persuasion is considered to be an innate personality trait for some, it is a skill that can be further developed and ultimately applied by incorporating the above techniques. Transcending the facts, and weaving in elements of connection and emotion, will result in a powerfully persuasive delivery. As American politician Everett Dirksen once said, “The mind is no match with the heart in persuasion. …”

Kelly Hennigan, FSA, CFA, is vice president, head of Investment Operations, at Venerable. She is currently a member of the SOA’s Professional Development Committee. LinkedIn: https://www.linkedin.com/in/kelly-hennigan-75258762/

[5] Cuddy, Amy. “Your Body Language May Shape Who You Are.” TED. Speech presented at the TEDGlobal 2012. https://www.ted.com/talks/amy_cuddy_your_body_language_shapes_who_you_are.