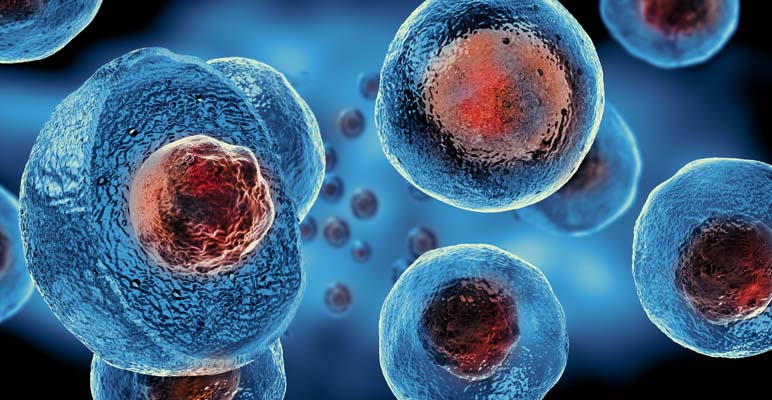 According to the FDA (https://www.fda.gov/vaccines-blood-biologics/cellular-gene-therapy-products):

"Cellular therapy products include cellular immunotherapies, cancer vaccines, and other types of both autologous and allogeneic cells for certain therapeutic indications, including hematopoetic stem cells and adult and embryonic stem cells. Human gene therapy seeks to modify or manipulate the expression of a gene or to alter the biological properties of living cells for therapeutic use."

That’s a lot of fancy words—but what does it mean to the health/reinsurance actuary? It means health care technology is creating miracles like curing cancer, blindness and blood disorders. Solving for society’s most rare diseases is an encouraging feat but these treatments are expensive, ranging from $500,000 to $3 million,[1] and there aren’t any good ways to socialize these costs other than using traditional reinsurance vehicles. That means we quickly need to become experts on these treatments, their usage in lieu of other treatments, and the prices associated with the treatments. But I would argue that understanding the financial risks posed by gene therapy is just the start of how actuaries will help mitigate this expense.

Let’s look at spinal muscular atrophy as an example. One in 6,000 to 10,000 children are born with this disease making it an ultra-rare and orphan disease. Prior to the approval of Zolgensma in 2019, the only treatment for SMA was Spinraza, a treatment that costs $750,000 in the first year and $375,000 in subsequent years. The subsequent year costs reduce due to moving into a maintenance phase of the treatment (once every four months as opposed to every 14 days) but the treatment needs to be given to the patient for the duration of their life. When Zolgensma was nearing approval, the biotech industry was suggesting a price tag of $4 million to $5 million.[2] Ultimately, when Zolgensma hit the market the ingredient price for the treatment was $2.125 million. It’s hard to argue the economic value of Zolgensma relative to Spinraza. That being $2.125 million today versus $750,000 in year one and a lifetime of $375,000 per year (in some forms of SMA, patients will live long into adulthood). The economic value of Zolgensma is equivalent to roughly four to five years of treatment with Spinraza. So, besides the patient, who benefits from the economic value derived by a one-time treatment of Zolgensma? Since the disease affects infants, it’s understood that the parents of the patient will benefit from the curing of the condition versus the ongoing treatment of the condition. But with most individual’s health care costs capped at an annual out of pocket, are the parents seeing the economic value? Perhaps in some form. From their perspective they are hitting their out of pocket maximum regardless of treatment route. So then, who is seeing the economic value? Most likely the payer (health plans, self-insured employers, and government/Medicaid).

According to Kaiser,[3] 157 million Americans rely on employer-sponsored health insurance coverage, so it could be argued that employers can realize the economic value of such high cost treatments. Many employers invest in wellness and health offerings to enhance productivity. Health and welfare benefits are also seen as a strong attraction/retention tool for employers, so certainly taking care of employees and their dependents is a place for employers to gain economic value. But the reality is that employees can leave employers. Employers can leave health plans, self-insured administrators, and reinsurers. Members can leave health plans and join a spouse’s plan. Employers can change brokers/advisors and any negotiated value amongst employer and carrier/reinsurer could change or be lost over time. All of this mobility risk poses a conundrum for the payer. Is the economic value of lifetime care that is potentially shared amongst several payers better than the high cost of a one-time treatment?

Like it or hate it, health care is a one-year deal in most cases. Deductibles, out-of-pockets, and copay reset annually for members and the same could be said of negotiated rates with providers, insurers and reinsurers. With risks being transferred from members to employers, employers to health plans (or self-insured stop loss carriers) and from health plans (or stop loss carriers) to reinsurers—everyone needs to be aligned on the view of treatment coverage. Without this alignment, a gap could be created that leaves one entity with a significant financial burden.

Let’s look at SMA again and consider the use of Zolgensma over Spinraza. An employer would need to develop a medical policy for the use of Zolgensma that includes several criteria, but let’s focus on a simple one—age. According to the FDA, Zolgensma is approved for patients with all forms and types of SMA who are under the age of two at the time of dosing, however, an employer or health plan could have a stricter view of medical policy—for example, using an age of 18 months instead of two years. This slight difference in medical policy could expose a health plan from reinsurance coverage for the Zolgensma treatment if the reinsurer and health plan are not aligned.

Thus far, we’ve spoken of just one gene therapy treatment available in the market. At the time of this writing, there are two approved gene therapies in the market, but the pipeline has several others that will see approvals over the next few years. Treatments for hemophilia A and B, sickle cell anemia, beta thalassemia, and various cancers are already in development and the suggested price tags range between $2 million and $4 million for the one-time treatments. Before we know it, these treatments will be mainstream and the frequency of claims will exponentially increase. It is expected that the market for gene therapy will grow to $10 billion by 2025 (compared to $2 billion in 2019). Understanding these new financial risks will be an important area for actuaries to focus on in the coming years.

We’ve also spoken of gene therapies as one-time treatments—but is that true? These treatments are referred to as curable or durable—but the durability has yet to be tested over an extended period of time. As such, many manufacturers will develop a value-based approach to the cost of treatments. For example, instead of charging $5 million for a treatment, it’s likely some manufacturers will annuitize the payment (for example, charge $500,000 per year for 10 years) so long as the treatment continues to work. Another method of value-based payments would be rebating or returning the full cost of treatments proven not to be durable. An example of this could be if Zolgensma stops working, perhaps Novartis would return the full cost of treatment (approximately $2.2 million) to the payer. But, if some or most of the cost was borne by the reinsurer, reinsurers will need methods to track durability in treatments for gene therapy patients. This adds a whole new element of work for the reinsurer and you quickly start realizing that the reinsurer’s role in the future will not just be in the form of financial protection. They will be involved in setting medical policy as well as tracking clinical outcomes of patients.

This newfound work is an opportunity for the reinsurance market, but it can also be overwhelming. So much so, some reinsurers are actively excluding cell and gene therapy from their reinsurance policies/treaties. It is unlikely that health plans, self-insured employers, and stop loss carriers will forego gene therapy protection—and thus the reinsurance market will need to adapt to the changing needs of their customer base. It is an exciting time to be in the health reinsurance market developing solutions that risk bearers need. It’s even more exciting that the health technology space is creating solutions to diseases that had no cures just a few years ago. This is good news for society and it’s a good time to join in that excitement and bring new products and solutions to market.

Mehb Khoja, FSA, MAAA, is the chief actuary of BCS Financial and president of Medical Risk Managers. He can be contacted at mkhoja@BCSF.com.