Rational Ignorance and the Protection Gap: Is There a Cure? 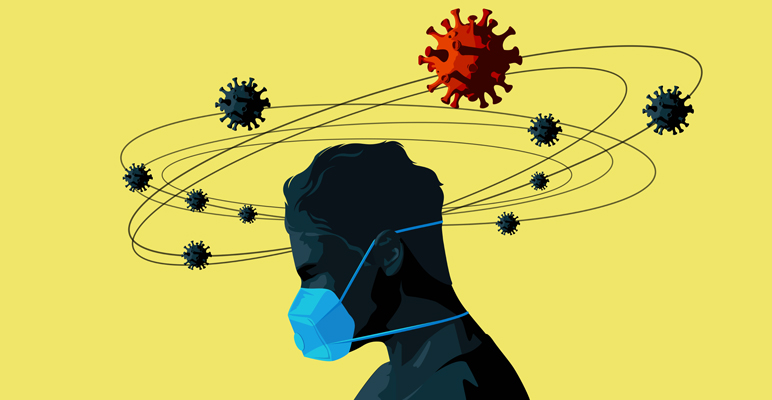 Intuitively, that more people prefer to know if they are judged as competent (80 percent) rather than incompetent (55 percent) is not surprising, but it is somewhat illogical. That your colleagues think you are competent might put a temporary spring in your step, but it is not very useful. However, knowing you are viewed as less than competent is potentially much more useful. It could lead to productive long-term changes in attitude and behavior that might save your career.

The results of Dr. Sharot’s survey also provide a classic example of the natural human propensity to turn a blind eye to truly useful information, especially if the information is cloaked in bad news. Dan Ariely, Ph.D., professor of psychology and behavioral economics at Duke University, coined the term “predictably irrational” to describe this tendency.

Another example of this tendency, which I heard in a recent webinar by RGA Chief Behavioral Scientist Matt Battersby, concerns the recent mandatory publication of calorie counts on menus for chain restaurants in the U.S. with 20 or more locations. One might think customers could assume it better value for the money to order a 1,000+ calorie hamburger instead of a vegan salad that would result in hunger growlies in less than an hour. Knowledge of calorie counts are unlikely to sway the preferences of a dedicated fast-food aficionado, but the information might leave them slightly depressed after their meal. Is it better to allow customers to remain in their rational ignorance, or is this new requirement simply converting Americans from a nation of happy burger-eaters to sad burger-eaters? And what is this “rational ignorance?”

Rational Ignorance is All Around

The phrase “rational ignorance” was first coined by American economist Anthony Downs, Ph.D., in his 1957 book An Economic Theory of Democracy, an early treatise on rational choice theory (and, incidentally, the first to introduce the left-right axis to political thought). Dr. Downs defined it as “refraining from acquiring knowledge when the supposed cost of educating oneself on an issue exceeds the expected potential benefit that the knowledge would provide.”

This concept is particularly associated with politics. One illustration of it can be seen in the recent municipal elections in Sao Paulo, Brazil. Brazil is one of the few countries in the world where voting in government elections is mandatory. The Brazilian political landscape is also truly byzantine, with representatives coming from 33 different political parties, and the president currently having no party affiliation.

It is not surprising that many Brazilian citizens (myself included) do not have the time to devote to researching every aspect of every candidate’s policies. Indeed, several people wind up using social media posts from political pundits, who are seen as more versed in the issues, for their information, or relying on politically astute friends for suggestions. This relative apathy, however, does not mean that the voters are making poor and/or biased decisions. Still, such reliance on secondary sources can be seen as “rational ignorance,” as the cost of acquiring direct knowledge about the candidates, the issues, and their positions might seem much higher than leveraging someone else’s knowledge, and might produce the same decision either way.

And now we come to heuristics. The definition of a heuristic is a rule, method, or concept that helps people solve problems faster than they could if they did all the necessary research or performed the necessary calculations to do so. Behavioral economics views heuristics as a driving force behind the human decision-making processes.

Let’s consider a simple example of a heuristic: How does the human brain react when shown pictures of i) a long multiplication problem, or ii) an angry man? A person might take a couple of minutes to solve the former (especially if they are mathematically inclined), but the latter will immediately trigger a subconscious fight-or-flight reaction. Human brains have, over time, evolved heuristics that instantly recognize an angry face as dangerous and a potential risk to life and limb.

Have people come to treat social media as a heuristic, believing that posts from pundits and the like can help them navigate complicated political, economic and scientific issues? Two recent documentaries released in 2020 on Netflix, The Social Dilemma and The Great Hack, go into depth on how social media can manipulate news and politics and stoke conspiracy theories, leaving people less informed, misinformed, and irrationally biased.

If people have a tendency to use rational ignorance regarding politics, I have no doubt rational ignorance is also a factor in the superficial understanding most have of personal taxes and investments, diet and exercise, health issues (including reducing the risk of COVID-19), and life insurance.

The phrase “coverage gap,” heard often from life insurance company executives, is defined as  “the shortfall in the amount of life insurance cover necessary to maintain the current living standards of dependents.” Life insurance companies devote extraordinary amounts of time, effort, and expense trying to educate underinsured individuals about the need to protect themselves and their families from this gap by buying more cover. Could our industry not be addressing one of the key issues leading to the lack of consumer enthusiasm for our products?

Here’s the issue: insurance products and contracts are not consumer-friendly. To the average person, life and living benefits products are at least as byzantine as Brazil’s political system, and the language of insurance contracts could almost be considered an actual dialect. Insurance is thus fertile ground for the manifestation of rational ignorance among potential customers, who are already known to be more likely to pay attention to information about it if it comes from friends and social media posts. (I pity the buyer researching concepts and options such as pure protection, accumulation, critical illness, disability income, or long-term care.)

Many InsurTech startups are addressing some of these obstacles by offering quick transactions, clear policy language, and highly expedient claims processing. A possible downside, however, is that these startups generally offer only limited coverages. However, these rethinkings can be considered tiny steps in the right direction.

One might think COVID-19 would have placed life insurance ahead of toilet paper or disinfectant wipes on the “most desired items to buy during a pandemic” list. I am sure life insurers are still scratching their heads, wondering why the sales tsunami they expected turned out to be only a ripple. Rational ignorance may have squelched any uptick in propensity to buy life insurance.

I would argue that the insurance industry needs to acknowledge rational ignorance as a major sales obstacle. Doing so could be a first step in the process of recovering from the industry’s addiction to complex and layman-unfriendly policy language. Focus will be the key to a successful recovery. The first mover advantage, however, is still up for grabs.