Haitians Helping Themselves in a Disaster 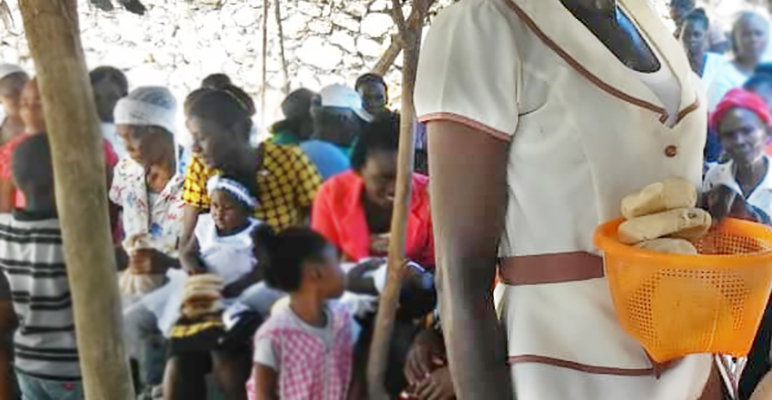 Editor’s note: This article is a follow up to an article published in the July 2016 edition of Reinsurance News. The original article can be found here.

Haiti, one of the poorest countries in the world, can’t seem to catch a break. It is plagued with poverty, political unrest, and natural disasters. The latest disaster was a magnitude 7.2 earthquake that struck the town of Les Cayes and surrounding communities on Aug. 14, 2021. Only three days later tropical storm Grace brought devastating flooding to the very same region along the southern peninsula of Haiti.

Over 2,200 were killed and many thousands more injured, homeless, or missing. Food and drinking water were scarce. Relief from the capital in Port-au-Prince was limited due to structural damages to bridges and landslides on roads. Local suppliers were overwhelmed. Outside aid took days to arrive.

Spontaneously, Pierre-moise Louis of Jérémie Bakery sprang into action. He donated his entire stock of konparèts (a dry biscuit baked from breadfruit flour and other nutritious ingredients) to affected families in the area. One konparèt is a filling meal for a child. He had enough inventory to supply over 22,000 meals immediately, to the gratitude of thousands of families.

My wife and I started Trees That Feed Foundation a little over a decade ago, to combat poverty and food insecurity. We had been helping Pierre-moise to propagate breadfruit trees and to establish his bakery.

Amidst these twin disasters, if there was any good news at all, it was that breadfruit trees were in season! Many trees, both locally grown and those donated by Trees That Feed Foundation, were heavy with fruit and fortunately little affected by either disaster. And Jérémie Bakery was still operational, with minimal earthquake damage.

We asked Pierre-moise to step up production immediately. He responded instantly, along with his team. They organized reaping the fruit, cleaning, peeling, shredding, drying, grinding and baking into the finished product. They organized distribution, working with other local Haitian community groups and churches. They’ve delivered over 30,000 meals per week since that fateful day. Delivery wasn’t always easy, what with landslides, washed out bridges, and more than a few opportunistic thieves! But they got it done, with a little help from the generous donors to Trees That Feed Foundation.

Of the post-earthquake efforts, Louis says:

We are focusing on konparèts because [they are] very nutritious and ready to eat, so people don’t need to cook. People in Jérémie are living on the streets now because their houses were destroyed and, because of the aftershocks of the earthquake, they are afraid to enter the [remaining] houses, which are not still solid. They don’t have any food and water, so they need ready-to-eat foods, because they don’t have kitchens [in which] to cook.

Mary McLaughlin, my wife of many years and co-founder of TTFF, has this to say:

In addition to being flavorful, these baked goods are made with breadfruit which is rich in iron, potassium, vitamin A, and other vitamins and minerals. These meals are also made from coconut, ginger, and molasses which provide protein, iron, potassium, antioxidants and other nutrients. A single breadfruit tree has been found to produce enough fruit to feed an entire family, and can live up to 80–100 years, providing entrepreneurs in Haiti with professional opportunities for years to come.

For our work to sustain itself, it has to be taken over by local people in our communities. Pierre-moise Louis attended one of our most successful ventures, traveling with six other Haitian farmers and agronomists to Jamaica for advanced training in tree propagation and care. The group learned about root culture, air layering, orchard layout, food processing, and much more. He also received a solar dryer we designed and other processing equipment. Jérémie Breadfruit now has a tree nursery, a processing operation, and a bakery. Also, they provide cooking classes to teach locals how to use breadfruit flour, thus encouraging entrepreneurship.

TTFF is not an emergency relief organization. We tend to work for long-term benefits. In this case however, we were able to organize help that was relatively close to the affected areas. Haitians came to the aid of their fellow citizens. This is the benefit of long-term trusted investments in our communities. Breadfruit trees we have been planting are now producing fruit which is being turned into the flour that is used to bake bread and konparèts.

Other aid organizations sprang into action too. TTFF surely is not the only hardworking group! One difference in our approach though is that our support was delivered by local Haitians rather than external sources. We’ve enabled communities to help themselves. This is exactly the aim of our charitable work … to allow local communities to become more self-sufficient and a bit less reliant on external support.

Since our inception in 2008, Trees That Feed Foundation has received financial and operational support from my fellow actuaries in several countries—US, Canada, UK, Jamaica, Brazil, and more. For much of our support we owe a grateful “Thank you” to the actuarial profession.

Statements of fact and opinions expressed herein are those of the individual authors and are not necessarily those of the Society of Actuaries, the newsletter editors, or the respective author’s employer.

Michael McLaughlin, FSA, CERA, FIA, MAAA, is past president of the Society of Actuaries (2009–10) and is co-founder of Trees That Feed Foundation. He can be contacted at mike2567@aol.com.

About Trees That Feed Foundation: Our mission is planting fruit trees to feed people, create jobs, educate, and benefit the environment. Established in 2008 as a public charity under US Tax Code Section 501(c)(3), donations to TTFF are tax deductible in the US. We have planted over 200,000 fruit trees and assisted dozens of entrepreneurs in tree propagation, farming, and food production. Support our work at www.treesthatfeed.org/donate.