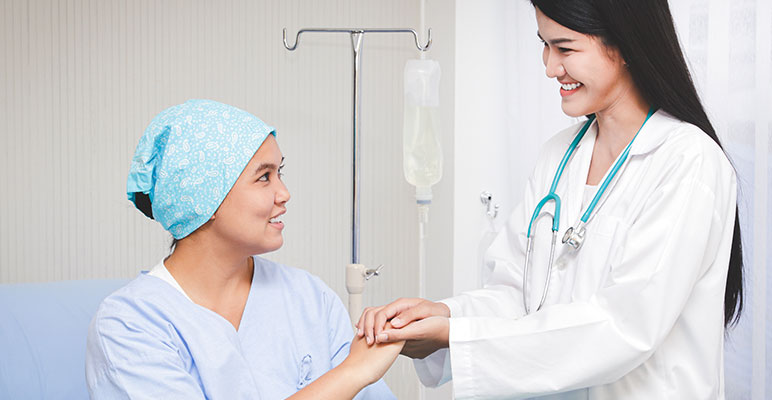 Critical illness insurance is gaining popularity in the U.S. insurance market and has become a more common product since it was first conceived in South Africa in the mid-1980s. Commonly referred to as CI insurance, this type of insurance typically pays a lump-sum benefit for the diagnosis of a covered severe health event. As an example, most CI contracts provide coverage for a heart attack and therefore would pay a benefit to an insured who experienced one. The most common face amounts in the CI market are currently in the $15,000 to $30,000 range, though face amounts may be larger or smaller, depending on how the product is sold and the amount of underwriting performed. This article discusses common CI benefits, typically referred to as “benefit triggers,” found in the U.S. marketplace, focusing on three questions:

WHAT EVENTS ARE COVERED?

CI insurance in the U.S. is categorized as specified disease insurance, meaning that it provides coverage for certain listed illnesses. Critical illness is not the only specified disease coverage that has been offered by carriers historically. Other examples include heart attack/stroke and cancer stand-alone policies, both of which typically pay a variety of benefits for medical events, such as hospitalization, following the named covered illness. Past industry experience with cancer stand-alone coverage has at least partially contributed to the popularity of critical illness policies among insurers. Historically, cancer-focused specified disease insurance provided a small lump-sum payment for the diagnosis of cancer and provided varying levels of ongoing payments for cancer-related treatment and other support. In the market, these products were typically referred to as “limited cancer” policies, or in instances where very rich treatment benefits were offered, as “unlimited cancer” policies. Treatment-based cancer coverage has been problematic for some carriers who have experienced adverse claims due to the constant innovation in cancer treatment. Improvements in cancer treatment have led to longer survival periods, increased treatment and, consequently, elevated losses compared to original pricing expectations. CI insurance, which provides benefits purely on a lump-sum diagnosis basis, presents an attractive alternative to many carriers, as the benefit payment is not tied to the amount of treatment that an individual receives.

Coverage for cancer is still foundational to CI products, but other benefit triggers are typically covered as well. Core benefits that are included in almost all contracts are heart attack (myocardial infarction), stroke, end-stage renal failure and major organ failure. In addition, many contracts include other benefits such as loss of sight, loss of hearing or paralysis. Most contracts will also include a partial benefit, such as 25 percent of the face amount, for less severe conditions such as coronary artery disease and a less severe cancer (commonly called noninvasive cancer).

The CI marketplace continues to expand, and with that expansion comes experimentation in nontraditional benefit triggers. Alzheimer’s disease, benign brain tumor and multiple sclerosis are among the nontraditional benefit triggers found in newer products. Very recently, carriers have begun to innovate and explore benefits for mental health as well as infectious diseases such as COVID-19. The list of nontraditional offerings can vary significantly by distribution channel. For example, you are more likely to see Alzheimer’s disease coverage offered in the worksite channel than in the retail channel.

As CI products have evolved in the U.S. marketplace, procedural-based benefits have been introduced alongside specified disease diagnosis benefits. An example of a procedural benefit would be a benefit for coronary artery bypass surgery, whereas an example of a diagnosis benefit would be a benefit payable upon a diagnosis of cancer. In one instance, the benefit is associated with a service or procedure, whereas the other is based on the diagnosis of a disease or condition. With procedural benefits, it is important to note the tax status of such benefits by the Internal Revenue Service (IRS). IRS health savings account (HSA) regulations (see Publication 969)[1] allow tax-advantaged HSA contributions in association with high deductible health plan (HDHP) coverage. To retain the tax-advantaged status of the HSA contributions, only certain permitted insurance coverages are allowed to be purchased by the insured, among which is insurance that provides for “a specific disease or illness.” General market interpretations of this IRS allowance are that payments based only on the performance of a medical procedure, as opposed to a specified disease or illness, may jeopardize the tax-favored status of an insured’s HSA contributions. Directly referenced procedures that may be problematic for HSA eligibility include aortic surgery, angioplasty and coronary artery bypass graft (CABG).[2]

With respect to HSA eligibility, it is important to note that IRS determinations are made on an annual, tax-year basis. For long-duration CI products where the sale may take place years before an insured ever enrolls in an HDHP and its accompanying HSA, this issue is best addressed in the product design phase. To that end, some carriers resolve this potential issue by directly referencing the disease underlying the procedure rather than the procedure itself. As an example, CABG benefits are often now described in terms of coronary artery disease to such a degree that CABG is recommended by a physician, even if the procedure is not performed. Basing the payment upon diagnosis rather than receipt of the procedure is a protection against running afoul of IRS HSA regulations.

WHEN ARE EVENTS COVERED?

Because of the medical specificity of the definition, it is important for insurers entering the market or launching new products to consult medical professionals when developing forms and claim manuals. This coordination will minimize confusion and difficulty during the claims process. It is also worth noting that industry norms for definitions have often been used and, in some instances, this has resulted in reference to outdated medical practices and norms. Early engagement with the medical and claims teams can help to avoid these types of issues and often yields the best long-term results for the company and its clients.

Cancer (internal or invasive) is a disease that meets either of the following definitions:

The following are not considered internal or invasive Cancers:

This example demonstrates a definition of a covered event in a U.S. market CI product. Among the key components of the definition are (1) malignant tumor, (2) uncontrolled growth and (3) spread and invasion of other cells and tissue. This definition also cites the diagnostic criteria of malignancy of the American Board of Pathology. Next, this definition lists specific examples of invasive cancer and then highlights certain medical diagnoses that are not considered invasive cancer under the terms of the contract.

For some nontraditional benefit triggers such as Alzheimer’s disease, companies have struggled with definitions based on diagnosis due to lack of specific and applicable diagnostic criteria. In such cases, a combination of treatment (for example, nursing home confinement or inability to perform activities of daily living) and diagnosis has been used.

WHEN ARE EVENTS NOT COVERED?

Early CI contracts were commonly “first ever,” which meant that a condition was only eligible for payment if a covered person’s first diagnosis took place during the coverage period. Many regulators perceive this restriction as a nonpermitted, perpetual preexisting condition exclusion limitation and, as a result, many carriers have moved to a “first after” definition.

As opposed to occurrence, recurrence (also sometimes referred to as reocurrence) refers to the subsequent diagnosis of a previously paid benefit trigger. Carriers and contracts differ on whether recurrences are paid at all and on the length of the required waiting period before a recurrence event is a covered event. However, typical recurrence waiting periods are 30 days to one year, and some carriers may stipulate the insured must be “treatment free” during this period. This distinction was made due to diseases like cancer, where it is possible for a single diagnosis to span the entire waiting period and therefore trigger multiple payments.

Additional restrictions and limitations may also apply. For instance, some contracts use benefit waiting periods in instances other than recurrence determination. A 30-day benefit waiting period from contract effective date for full-benefit invasive cancer coverage is common in retail market contracts, but much less common in the worksite market. Within the U.S. CI market, some contracts impose lifetime caps as a multiple of the face amount. For contracts with such lifetime caps, face amount multiples of 2, 3, and 5 are common. In some instances, benefits may be grouped by tiers with differing caps applicable to each tier, though this is uncommon in recently developed CI contracts.

When developing a CI contract, each carrier will decide what diseases and events will be covered and which are not. Regulators in the U.S. have not broadly standardized definitions of benefits or required benefits, so these decisions are made by each carrier individually. When selecting which benefits are covered and which are not, it is important for insurers to factor in how the benefits will be interpreted and perceived by consumers. An example of how consumer perception can vary from carrier intention can be found in looking at heart attack versus sudden cardiac arrest (SCA) cases. While SCA and heart attack may look very similar to an average person, they are distinct and different medical conditions. As a result, early CI contracts that included coverage for heart attack did not pay a benefit for individuals who experienced SCA. To the average consumer, who does not have the medical knowledge to differentiate between these two conditions, the denial of the SCA claim can be a frustrating experience.

To address this issue and improve the customer experience, some carriers have expanded their covered conditions to include SCA as a separate covered benefit trigger. Alternatively, some carriers have clarified their heart attack benefit to clearly state that SCA is not covered as a heart attack. This clarification provides greater contractual protection, but as most insureds do not carefully read their policy, it does not fully resolve the problem.

The CI marketplace continues to evolve and serve a wider portion of the U.S. population. Innovation is strong and new benefit triggers are continually introduced and tested within the market. More companies are adding the product to their portfolios, and the success stories often involve careful planning and design, the involvement of medical and claims personnel, and the engagement of actuaries in the financial details of this emerging, supplemental market product.

Ashlee Borcan, FSA, MAAA, is a principal and consulting actuary located in the Tampa office of Milliman. She can be reached at ashlee.borcan@milliman.com.

Grigori Lev, FSA, MAAA, is a pricing actuary with Guarantee Trust Life Insurance Company. He can be reached at glev@gtlic.com.

Stephen Rook, FSA, MAAA, is vice president and chief actuary at The Union Labor Life Insurance Company. He can be reached at srook@ullico.com

[2]The authors of this report are not tax specialists and are not providing tax advice. Please consult your contract tax advisor for specific recommendations.