SIPF Goes to the Health Meeting

In the Public Interest, August 2021 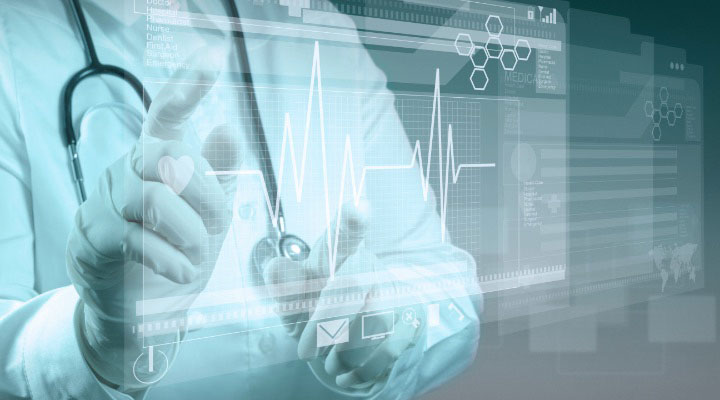 The 2021 Health Meeting included a robust set of social insurance content, including wide-ranging discussions on Medicare and Medicaid. Medicaid sessions covered everything from postpartum coverage expansions to long-term care benefits, while Medicare sessions touched on every aspect of the program, from traditional Medicare to Medicare Advantage to Part D. The meeting also included sessions covering public policy, most of which dovetailed well with our focus on public finance.

For those who missed the meeting and are looking for the highlights of the social insurance- and public policy-focused sessions, we have provided a recap below!

Below, we provide a summary of each section-sponsored session.

An Update on CMS’s Direct Contracting Model: Are We Ready?

The Center for Medicare and Medicaid Innovation has now piloted three value-based care demonstrations specific to Accountable Care Organizations (ACOs) serving traditional Medicare beneficiaries. Direct Contracting (DC) is the third such model. The presenters discussed the decade-long evolution of Medicare ACO programs and compared DC program features to Pathways to Success, which is another value-based care program developed for Medicare ACOs. The speakers also discussed some technical aspects of the program, including funding options, and benchmark and trend calculations. One major point was the discount to the benchmark, which some ACOs participating in the DC model will have to overcome (in addition to overcoming any losses from the quality withhold) to achieve savings in the program. The session concluded by providing the audience with the tools needed to succeed within the parameters of the DC program. The audience learned that to be successful in the DC program, organizations may have to dramatically reduce inpatient admissions and other facility costs to offset an expected doubling of primary care spend. The intense focus on primary care is needed to prevent potentially avoidable high-cost episodes of care. Other “tools for success” discussed included network management, cultural readiness, care management, and risk-coding effectiveness.

A Pandemic and the ACA: Implications of the Government's Response

Senator William Cassidy and Greg Fann, FSA, MAAA presented. Senator Cassidy began the session. He drove home that the future of health care resides with insureds being active with their health care. From a government aspect, he pointed out that both political parties have this as the outcome of any government intervention with health care, but there are many different approaches. Greg focused on how COVID-19 presented the first challenge to the Affordable Care Act (ACA), and how the ACA has provided broad subsidized health coverage during this public health emergency. It remains unclear whether the emergency responses will remain temporary or become permanent; that decision will have long-term implications for the role of public finance in commercial health insurance.

There were eight sessions classified as “social insurance,” including “An Update on CMS’s Direct Contracting Model.” Below, we will discuss three of these sessions.

The speakers discussed Arizona’s transition to use social determinants of health (SDOH) indicators for risk adjustment for their contracted Medicaid Managed Care Organizations (MCOs). The SDOH indicators were derived from specific Z codes in the claims data, as well as some publicly available data developed from the U.S. census. As might be expected, member-specific indicators (those pulled from claims data) were more predictive of costs than the more general census indicators as mapped by zip code. As might not be expected, the predictive quality of the models was significantly enhanced by adding the SDOH data. Based on the audience questions, there appeared to be a lot of interest in incentivizing providers to accurately record SDOH-related ICD-10 codes in order to capture this information appropriately and thoroughly going forward.

The session began with the history of Medicaid and Section 1115 waivers and how these waivers permitted states to have flexibility to manage long term services. More than 1 in 5 Americans are now enrolled in Medicaid. The growth of dual eligible is also on the rise. Sixty percent of nursing home revenue is from Medicaid. The speakers explained the difference between the Medicare and Medicaid coverages for nursing care, broadly speaking. Challenges for the MTLSS lie with state budgets, premium rates, dual rating structures and with risk adjustment. They reminded the audience that each state is different.

There were four panelists, each bringing a hot topic to the session. The first speaker spoke about Medicaid expanding postpartum care from 60 days to 365 days. This could be achieved via the 1115 Waiver, the American Rescue Plan and no action. The second speaker directed her comments to how Medicaid has a positive impact—it improves children’s health and can reduce recidivism for the formerly incarcerated and how it has saved their lives, especially those of color. Their frustration lies with feelings of not being heard and the administrative burden of signing up, proving eligibility, and the redetermination process. She really spoke to the racial inequality within Medicaid. The third speaker addressed the legislative changes. This speaker quickly covered the 2020 Managed Care Rule (11/2020), Differences based on Federal Financial Participation (12/2020), Pass through Payments, State Directed Payments, risk sharing mechanisms, and the American Rescue Plan. The American Rescue Plan will give FMAP increase to states that expand eligibility and for specific services, cover COVID19 vaccines and treatment services, and eliminate the cap on Medicaid drug rebates as of 1/1/2024. The last speaker addressed Medicaid enrollment and coverage changes and redeterminations during this public health emergency.

There were eight sessions classified as “public policy, law, and Regulation,” including “A Pandemic and the ACA.” Below, we will discuss two of these sessions.

How Health Care Policy is Really Made: An Insider’s Look at Policymaking from a CBO Analysts’ Perspective

This session took the form of an actuary interviewing a former Congressional Budget Office analyst, Jamease Kowalczyk. Jamease spent her time in the CBO modeling the Medicare program, though she provided a wider perspective on the CBO’s role in scoring the fiscal impact of health care policy more generally at all levels of government (federal, state, local). She and her co-presenter noted the similarities between the modeling performed by actuaries and CBO analysts. The presentation ended with a call to action for actuaries to offer their expertise on the Hill; the speakers noted that the health industry was the top spender in lobbying last year and that most bills are written by lawyers, not subject matter experts, members of Congress, or their staffers. There is a need for subject matter experts to make their voices heard, and health actuaries could offer a helpful, nonpartisan perspective on draft health care legislation.

The session discussed the requirements and potential ramifications of hospital price transparency rules that took effect this year and health plan transparency rules expected to take effect in 2022 and 2023. Presenters noted that these rules were passed with good intentions for empowering consumers to shop for price-effective care. However, it may still be difficult for some consumers to navigate the information available given inconsistencies in reporting as well as knowing all the codes that will be associated with the procedure for which they are estimating the cost. Ultimately, it is too soon to know whether these transparency rules may ultimately raise or lower the total cost of care in the United States. An argument can be made for either prediction. Additionally, as an audience member pointed out, the penalties for noncompliance are generally small enough that some entities may decide it is financially in their interest to stay out of compliance with these rules.

Stephanie Entzminger, FSA, MAAA, is the Social Insurance & Public Finance Section Council’s Health Subgroup lead and a consultant with Axene Health Partners, LLC. She can be reached at stephanie.entzminger@axenehp.com.

Marilyn McGaffin, ASA, MAAA, FLMI, is treasurer of the Social Insurance and Public Finance Section of the Society of Actuaries. She is the Medicaid actuary for Moda Health. She can be reached at mmcgaffin@ymail.com.

Greg Fann, FSA, MAAA, is the chair of the Social Insurance & Public Finance Section Council and a consultant with Axene Health Partners, LLC. He can be reached at greg.fann@axenehp.com.