In the Public Interest, November 2021 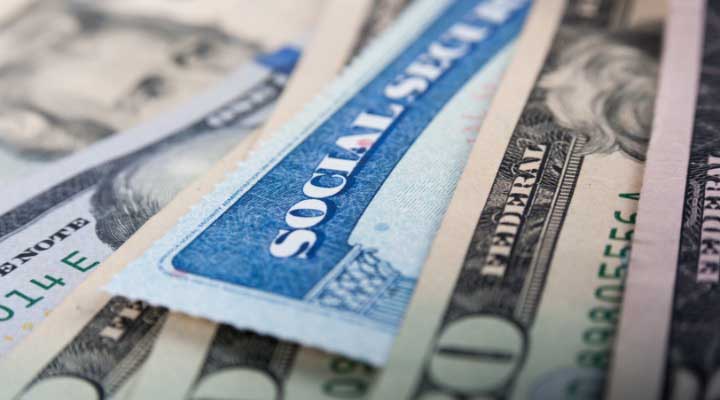 Every October, the U.S. Social Security Administration (SSA) announces certain changes in program amounts that occur automatically—that is, without any new legislation being necessary. The most widely publicized of these changes is the annual cost-of-living adjustment (COLA) affecting monthly Social Security benefits. Other automatic changes are important to people of working age as well as to beneficiaries. On Oct. 13, 2021, the government announced the Social Security COLA effective for December 2021 and the other changes effective for 2022.

Since 1984, Social Security's COLAs have been based on the third-quarter-to-third-quarter increase, if any, in the average Consumer Price Index for Urban Wage Earners and Clerical Workers (CPI-W). The CPI-W, which is computed by the U.S. Labor Department's Bureau of Labor Statistics, rose 5.9 percent (rounded to the nearest 0.1 percent) year-to-year from the third quarter of 2020 through the third quarter of 2021. Accordingly, all monthly Social Security benefits, in current-payment status or not, will rise by the same percentage, effective with benefits for December 2021. The 5.9-percent December 2021 COLA is the largest since 1982, narrowly beating the 5.8-percent COLA effective for December 2008. Social Security’s COLA has exceeded 3 percent only six times in the last 30 years. Inflation is back! As usual, December benefits are paid in the following January; all monthly Social Security benefits are paid in arrears, after the month is over.

A long list of updated Social Security program parameters, some of which are rather obscure, is ordinarily announced simultaneously with the COLA each year. Unlike the COLA, changes in these parameters are based on changes in the national average wage, which the Social Security Administration computes from all W-2 forms filed by employers each year. Interestingly, workers who are self-employed, but not also employed by someone else, are excluded entirely from the average-wage computation. Workers who are both self-employed and employed during the year have only their earnings from employment included in the calculation of the national average wage, leading to some minor distortion in the resulting value and percentage change. The national average wage rose from $54,099.99 in 2019 to $55,628.60 in 2020. That 2020 value, which is used by SSA to calculate the program’s wage-indexed parameters for 2022, is the most recent national average wage figure available now. At the time of the October 2021 announcement, 2021 obviously wasn’t over, so the 2021 national average wage could not be known then. It will be calculable in 2022, after employers file all 2021 W-2 forms with SSA. That takes several months, including correction of errors.

One very important change that affects higher-income workers (employees and the self-employed) is the increase in the maximum amount of earnings in the year that is (1) subject to Social Security payroll taxes (FICA and SECA) and (2) creditable for benefit-computation purposes. This program parameter can rise (it cannot fall) in any year following the effective date of a COLA. In a few recent years when no COLA was effective, due to the CPI-W declining over the applicable measuring period, the maximum taxable amount did not rise in the following year. Because a COLA is effective for December 2021, the maximum taxable amount will rise from $142,800 for 2021 to $147,000 for 2022, based on the change in the national average wage from 2019 to 2020. The maximum taxable amount is always rounded to a multiple of $300 under the automatic-adjustment provisions of law.

Social Security tax rates are not automatically adjusted but are prescribed by the Social Security Act and Internal Revenue Code. The FICA tax rate, payable by employees and employers, each, has been 6.2 percent since 1990, ignoring the 2-percentage-point payroll-tax reduction for employees only enacted into law during 2011–12. The reduction in payroll taxes during those two years was totally replaced by an equal amount of general revenues, resulting in no financial effect on the Social Security program. The self-employed pay both halves of the Social Security tax and get to deduct, for income-tax purposes, the half representing the employer share. Employees cannot deduct Social Security taxes from their taxable incomes, but employers can. The tax treatment of SECA taxes is consistent with that practice.

Another wage-indexed Social Security program parameter is the exempt amount under the retirement earnings test for beneficiaries who have not yet reached their normal retirement age, or NRA. Social Security's NRA was 65 for workers born before 1938 and rose gradually according to a schedule in the Social Security Amendments of 1983 until it reached 67 for workers born after 1959, who will first become eligible for retired-worker benefits in 2022. The annual exempt amount for beneficiaries who will not reach their NRA during the current calendar year rises from $18,960 for 2021 to $19,560 for 2022. A special monthly test applies in the first year of benefit entitlement only. For beneficiaries who reached their NRA in 2021, the exempt amount was $50,520 for earnings in the months prior to reaching NRA. That exempt amount rises to $51,960 for 2022. Since January 2000, workers who have reached their Social Security NRA can earn unlimited amounts without causing any reduction in their Social Security benefits, starting with the month in which they reach that age. As always, additional covered earnings are reflected in annual benefit recomputations and can cause monthly benefits to rise—they cannot decline for this reason—effective each January after the previous year is over.

Interestingly, certain wage-indexed program amounts are permitted by law to increase or even decrease with or without a COLA having occurred at the end of the previous year. The amount of earnings needed to receive one coverage credit was $1,470 in 2021 and rises to $1,510 in 2022. Workers who earn at least $6,040 in Social Security-covered employment (or self-employment) during 2022 will receive the maximum four coverage credits for the year. Workers need 40 coverage credits to be eligible for retired-worker benefits at age 62 or older. These coverage credits used to be known as "quarters of coverage"; since 1978, they have been granted based on annual earnings, making the old name somewhat inappropriate.

The so-called “bend-points” of the formulas used to compute primary insurance amounts (PIAs) and maximum family benefits (MFBs) are also wage-indexed and can increase or decrease with or without a COLA having occurred. The two PIA bend-points for workers first becoming eligible for benefits in 2022 (that is, born in 1960 with respect to retired-worker benefits) are $1,024 and $6,172. The three MFB bend-points for 2022 eligibilities are $1,308, $1,889 and $2,463.

The complete list of wage-indexed program parameters for 2022 and corresponding values for previous years are available at www.ssa.gov/oact.

Bruce D. Schobel, FSA, MAAA, is located in Winter Garden, Fla. He can be reached at bdschobel@aol.com.