COVID-19 has Captured the World’s Attention—How Have Pandemic and Other Doomsday Risks Changed Since 2017? 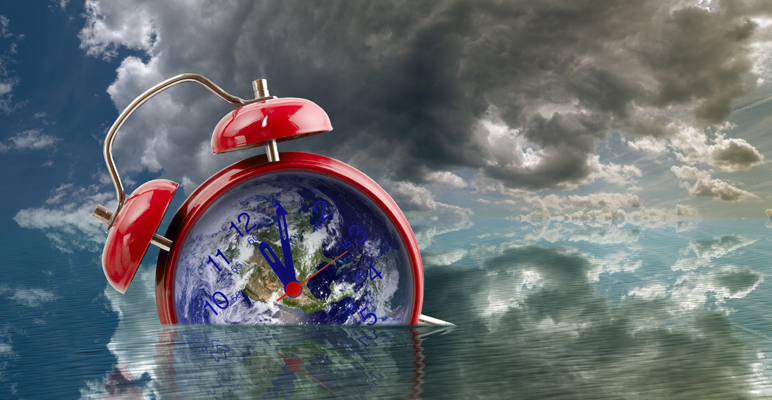 Nearly three years have passed since my article, “The Ticking Clock—Exploring Doomsday Risk Factors,” appeared in Contingencies. I wrote it following the announcement by the Bulletin of the Atomic Scientists that the “Doomsday Clock” moved closer to midnight due to the election of President Trump in 2016, and citing as risk factors, “Geopolitics, overpopulation, religious fanaticism, wealth concentration, pandemic/health care risks, climate change/global warming.”

Since then, there have been efforts and dialogue about addressing each of these risk factors. What progress has been made? Have we moved another tick closer to Doomsday? And what should we do to prepare for the future?

The threat of pandemic has become a reality. COVID-19 proves again that the idea that medical science can stay one step ahead of pandemic—or at least could protect the developed world—is a myth. COVID-19 showed that the world is interlaced adequately to foster an international pandemic, but not sufficiently coordinated for cross-border medical, diplomatic, or honest data exchange. COVID-19 is also highlighting the health care disparities, from testing to treatment, domestically and globally. The sick and the dying are disproportionately poor and politically disenfranchised; notwithstanding it was the international traveler that facilitated the disease’s continental jumps.

I believe history is likely to show COVID-19 was mild. Whether compared to the 1918 Spanish Flu (3 percent to 4 percent worldwide mortality) or the Black Death plague (eliminating a quarter to half the world’s population), global deaths will probably not exceed 0.002 percent.[1] However, the economic and geopolitical chaos it has sown show the power of pandemic to destroy the world order. We cannot fathom what a more virulent pandemic might do to global instability, except to compare it—rightly, in my view—to nuclear annihilation or some other hellish future.

Will pandemic alone push the Doomsday Clock to stroke midnight? Given the power of pandemic, it would not take a fatal disease on the scale of the Black Death or even a Spanish Flu to ignite what is an evolving global tinderbox.

The COVID-19 response has dashed the hope that an exogenous threat might unify the world. To the contrary, world leaders, state leaders, and global financial interests have highlighted an “every man for himself” attitude.[2]

Let us explore what that degree of nationalism portends for the future in terms of other Doomsday risk factors.

Since 2017, the election of more populist leaders and more firm entrenchment of existing ones, while abandoning regional institutions and intertwined economies, have led to an increasing threat to global stability. This trend is not just in small, impoverished countries. It is a trend in all parts of Europe, Asia, and the Americas.[3]

The stability of the domestic political situation for leaders of the five nuclear-armed signers of the Treaty on the Non-Proliferation of Nuclear Weapons (NPT) is critical to the position of the Doomsday Clock. With headlines the last three years trumpeting: “Brexit,” “U.S.-China Trade War,” “Impeachment,” “Oil Shock,” “Sanctions,”[4] and now “Pandemic” being added to the milieu of economic, racial, and religious challenges, the ability of leadership to confidently engage in diplomacy abroad is severely hindered. Make no mistake—I believe these issues, real or created, are what catapulted current leaders to power. However, in each case, these domestic challenges are a thorn used by their domestic opponents against them that hinders any ability to negotiate treaties, reach understandings, or maintain an open dialogue with foreign powers. Domestic squabbles inside nuclear powers outweighs as a risk factor the true international differences—and as of 2020, the proxy wars fought at horrible cost in Syria, Ukraine, Yemen, Libya, and other parts of the world seem less of a threat.

Since 2017, the populism that is anathema to diplomacy continues to daunt prospects for a world at peace. While Iran may or may not be actively developing nuclear weapons, the “good news” is there have been no confirmed additions to the proliferation of nuclear-armed states. However, the non-signers of the NPT—India, Pakistan, and North Korea—continue to experience internal and regional strife that has arguably sped up the Doomsday Clock these past three years. Examples of strife that has increased risk in these nuclear-armed nations are the recently rekindled and ongoing fighting and extrajudicial killing in Kashmir between pro-India and pro-Pakistan partisans, the increase in reports of unprosecuted Hindu persecution of Muslims within India, and the openly hostile anti-Muslim rhetoric in India. With respect to North Korea, despite continuing periodic missile launches and threats by its leadership to protest international sanctions, the geopolitical stalemate seems largely unchanged since 2017.[5]

The efforts of the United Nations and missionary efforts of the world’s large religions with the support or tacit approval of global powers should make some differences. In the last century, the growth of Christianity and Islam in sub-Saharan Africa has resulted in approximately 85 percent of the continent’s population adhering to these large religions rather than traditional African religious beliefs.[6] Yet, it is difficult to see that these global religions have made a substantial difference in the degree of stability in Africa.

The populist’s success of nationalism over shared mutual success highlights that collectively, we have abandoned the belief in Pareto optimality—mutually beneficial trade based on comparative economic advantage and a rising tide that lifts all ships—for a zero-sum mentality, tribalism, and isolationism.

Since 2017, climate change has certainly remained in the news. From continued shrinking of the polar ice caps to the extinction in 2018 with death of the last northern white rhinoceros and other smaller species, there is reason to believe climate is changing even if disagreement remains about the source. Loss of habitat due to population growth and increased human activity (gases, aerosols, and surface reflectivity) is a potential source that is very plausible, however also one that is hotly debated and much politicized.[7]

The cost of weather-related natural disasters, such as the 2018 earthquakes and tsunamis that struck Indonesia in 2018, continues to raise questions, and institutions ranging from respected journals to the National Oceanic and Atmospheric Administration (NOAA) cite climate change as a contributing factor to their frequency.[8] In addition, insurance markets cite climate change as a driver of increased cost.[9]

The suggestion that climate change increases the risk of pandemic is one ripe for more study. Some evidence suggests that wild animal species are increasingly in contact with humans due to loss of habitat. This phenomenon increases the chance of virus metamorphosis and transmission from human to animal and vice-versa.[10] The destabilizing effect of confluence of climate change and pandemic factors on global risk is difficult to assess and may be unknown—until it is too late.

An underlying factor in climate change is denial of the indirect impact of wealth concentration—cheap, polluting energy versus expensive, sustainable energy and production; low-cost environmentally damaging products versus sustainable ones. If impoverished people in the world aspire to be less so, they understandably are more willing to accept the consequence of collateral damage to the environment and have every reason to expect that the more wealthy will take appropriate steps to offset the damaging effects of their own and others’ behavior. Acknowledgement of that reality must be fundamental to the response of wealthy nations.

Neither the world wealth distribution nor the global population has changed dramatically since 2017, and no forecasts project COVID-19 will materially reduce population growth trajectory. Yet perhaps COVID-19 will have an impact on and raise awareness of wealth concentration. Collectively, human behavior shows that sensitivity to wealth imbalance or the climatological effect of poverty driven land use is anything but the rationale for and basis of our actions. The secondary effects of our consumption and nationalism underscore the willingness to act to maximize personal and tribal interests and let others suffer the consequences. Whether born of ignorance or with full knowledge, this tendency will feed the desperate acts of those populations suffering the most and with the least to lose.

As the world population approaches 8 billion, the net addition of 80 million lives annually raises important questions.[11] What is significant as a Doomsday risk factor, however, is the unbalanced growth in Africa and Asia, including the Middle East, where 90 percent of this growth will occur. The land resource constraints of such rapid population growth contribute to ongoing civil wars in Africa and ethnic genocides in Asia—with, for example, the Buddhist Rohingya ethnic cleansing in Myanmar escalating quickly.[12] The internet-fed self-awareness of resource inadequacy fosters risk-reward-based migratory impulses among these millions. Considering the aggregate human behavioral response to exacerbating forces of population growth, climate, resource wealth concentration, and consumption is critical to understanding the interaction of these risks and the resulting destabilization of the global status quo.

In the next 30 years, half of the world’s growth will come from just nine countries including nuclear-armed India, Pakistan, and the United States. Also from among the nine are major sources feeding continued human migration, climate change, and wealth inequality including Nigeria, Congo, Tanzania, Ethiopia, and Uganda.[13] From European colonialism to China’s Belt-and-Road Initiative, there is a history of military and geopolitical power at play in this latter group of countries. The ongoing efforts of nuclear-armed states to leverage resource trade for self-interest is a documented challenge.[14] The world must consider its role as catalyst to stabilize and manage the associated risk of an additional 1 billion lives in these developing countries.

The Bureau of the Atomic Scientists—the keepers of the Doomsday Clock—acknowledge it is an imperfect measure of our proximity to Doomsday. In particular, for it to be adjusted requires knowledge of events and perceptions that are not public. The Cuban Missile Crisis in 1962 was the closest point to Doomsday in the 20th century, but the clock was not changed because “too little was known at the time” about the 10-day crisis.[15]

Few would disagree that China sees itself as an ascending world power. Changes in global power status inevitably lead to friction because inevitably ascending powers see their ascendancy before those in decline recognize or accept the change.[16] However, the possession of nuclear weapons by the United States, Great Britain, France, and Russia change the implications of events like the Cuban Missile Crisis, Gulf of Tonkin, and the sinking of the USS Maine. The history of these events makes paramount the importance of real-time dialogue and bright-eyed leadership of nuclear-armed nations. The friction that exists in the South China Sea, the Middle East, and Eastern Europe could easily be the scene of a flashpoint that escalates into nuclear doom in a matter of minutes—a pace that renders the ability of a group of scientists to update their theoretical clock futile.

Yes, the Doomsday Clock is ticking faster and it is getting closer to midnight. It only takes a small misunderstanding to set humanity back thousands of years or make it an archaeological note in the universe. COVID-19 and other developments of the past three years are alarming in the risk factor context, but they do not make it foreordained. Is there need for urgency? If the answer to that question is not obvious, consider whether the question is that different from playing Russian roulette long enough.

Wes Edwards, MAAA, FSA, is a principal at Mercer. He can be contacted at wes.edwards@mercer.com.

[4] https://www.ft.com/content/79b44d0a-e35f-451d-ba58-6cd23407a299
“News from Russia is supposed to be dark and foreboding… Westerners expect to read about sanctions, secret services, mercenaries in sandy countries, conspiracies in Ukraine or interference in foreign elections.