Is the Actuarial Profession Diverse, Equitable and Inclusive? 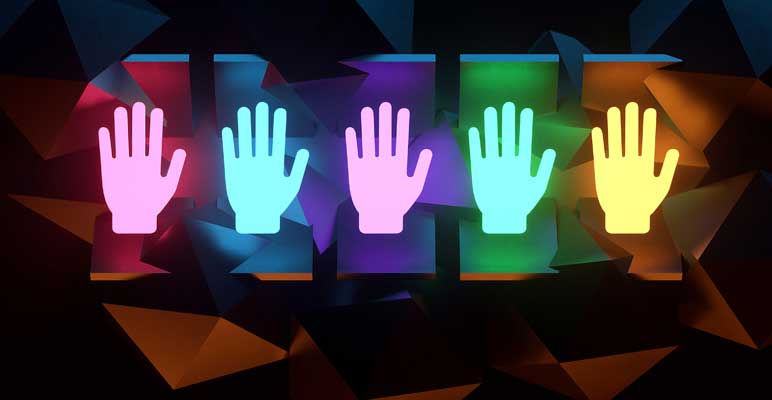 What does the future of actuarial science look like?

While this question has been buzzing for many years, today it seems it has never been more popular. Over two years from the start of a global pandemic, maybe we’ve all just had a bit too much time to sit home and think. I don’t know that a single actuary or candidate today could say they haven’t thought about this question.

I’m pretty firmly in the camp that actuarial science is here to stay. I don’t think robots or data scientists are coming for my job, and the truth is, the real value I bring to my company is probably not my pure technical skills. Not long after I started my first actuarial role, I was warned, “never let yourself become a human macro.”

The SOA’s long-term growth strategy addresses six critical issues including Diversity, Equity and Inclusion (DEI) identified based on the analysis of challenges impacting the work of actuaries.[1] Based on these issues, the SOA is considering significant changes to fundamental aspects of SOA offerings in education, development and engagement, research and global. In this article I intend to make the argument for a greater DEI (diverse, equitable and inclusive) presence in the educational framework, because in the end, I think the future of actuarial science will look however we choose, and I believe how we address education will affect what happens in each of the other areas.

What Do We Mean By DEI?

Despite the explosion of the DEI acronym, it does in fact encompass three distinctly different objectives, and the one most often thought of is the first—diversity. The goal of diversity is to have some mix of people within a group. For most organizations this is done through two steps:

Step 1 relies heavily on self-identification, and that’s why many organizations such as the SOA request voluntary demographic information from members and candidates. Step 2 involves comparing this information with a benchmark. Often organizations aim for proportional representation, meaning they want to develop a consistency with some other mix they consider reasonable. For example, as of 2020, 97 percent of SOA members had self-identified their sex. From this data gathered globally, roughly 33 percent identified as female and 67 percent identified as male.[2] In the world, the male/female split is 50/50. Benchmarking to this data, the current SOA mix would have a large gap to close were they to target a 50/50 mix.

Equity encompasses the objective of equal opportunity, including fighting discrimination and bias. Inclusion encompasses embracing differences and ensuring everyone has a voice that is heard. Unlike diversity, equity and inclusion are not proportional. If men outnumber women 2:1, men should not have twice the opportunity or twice the validity of their opinion.

The path to an actuarial designation is not for the faint of heart. There are many exams—testing everything from probability to economic theory to governmental regulation and more—each one seemingly more difficult than the last. These exams are each based on a syllabus developed, released, and maintained by the SOA, outlining different materials and sources to learn. These syllabi are arguably what define an actuary, at least to start. Regardless of work experience, these materials are the ticket to attaining the coveted title, “Actuary.”

I have no doubt the contents of the syllabi are carefully chosen, with each reading strategically picked to help build the knowledge required in the syllabi objectives. But while studying for my past few exams, as I read through article after paper authored by men, I began to wonder, what might I be missing here? Are these topics really that cut and dry? Are the areas within actuarial science unaffected by DEI? Would this education look different if its authorship was more diverse?

First things first, I wanted to try and get an idea of where some of the syllabi currently stand. While I had my own impressions of the diversity in the syllabi, I wanted to attempt replacing these impressions with data. I set out on the extremely tedious task of reviewing and researching the authorship of two FSA exams on the individual life and annuities (ILA) track: Life Financial Management (LFM) and Life ALM and Modeling (LAM). Disclaimers:

Conclusion: With these caveats, around 80 percent of the authorship in each exam syllabi was male.

There are many instances in these two syllabi that appear to demonstrate both unconscious, and potentially conscious, gender bias. For example, take one reading, “Creating an Understanding of Special Purpose Vehicles,” produced by PwC.[3] This technical, yet very well-written paper, contains three (presumably stock) photos of men. Meanwhile, the first listed contact is Nishma Gosrani, a highly successful woman. Only a little Googling reveals she is now a partner in Financial Services at Bain & Company and has been the recipient of many honors and awards, such as being named “Asian Professional of the Year” and being invested with an OBE for services to diversity and inclusion.[4]

Why does this matter? Because gender bias is real and persistent. Just take the example of this age-old riddle:

A father and son are in a horrible car crash that kills the dad. The son is rushed to the hospital; just as he’s about to go under the knife, the surgeon says, “I can’t operate—that boy is my son!” How is this possible?[5]

The reason this riddle trips up so many people is that they cannot fathom that the surgeon might be a woman. The PwC article struck me the same way—why can’t a woman be an expert in SPVs? Including only photos of men in the article perpetuates an unconscious gender bias that men bring more validity to the topic. This bias in exam literature may affect the implicit bias both men and women bring to the workplace concerning actuarial career options and growth opportunities.[6] In this event, even as we move toward diversity goals, we fail in terms of equity and inclusion.

And still, gender bias is only one consideration. Biases around all the demographics listed above are likely built into the learning material, in ways that I myself can’t even recognize. For example, we are now becoming more aware of biases in data collection and analysis. There are numerous ways that this may affect product development, experience analysis, and even valuation.

A Case for the Future

As the SOA continues to work through transforming its educational system, with a growing emphasis on data science and micro-credentials, I hope there is also a growing emphasis on DEI. Much of the staple actuarial material today, while still very relevant in its technical content, is becoming quickly outdated in many other respects. We probably couldn’t imagine an actuarial education void of the Black-Scholes-Merton model,[7] but while this decades-old equation developed by three men has been and will continue to be of critical value, this does not mean we cannot still look to the future.

Everyone has heard of Black, Scholes and Merton, but have you heard of Maryam Mirzakhani? She was an Iranian professor at Stanford University and to date, the first and only female Fields Medal winner. Who knows how her work on Riemann surfaces could change the way we approach a myriad of actuarial problems? The person to lead that innovation could very well be working through their exams today. Ultimately, if we want to build a more diverse SOA membership, we need an education to mirror it.