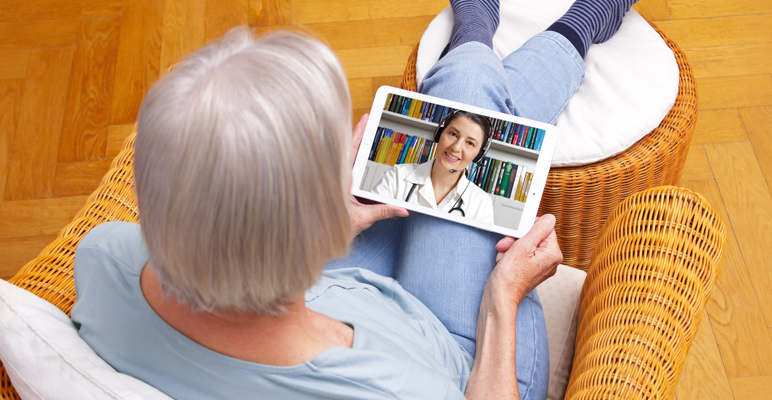 It’s hard to believe that it is already more than a year since we all gathered in Orlando at the SOA’s 2020 Living to 100 Symposium. Actuaries and other representatives from the insurance industry met with researchers from the various fields of demography, medicine, microbiology, biogenetics and biogerontology. Many of you, like me, desperately miss being able to connect with colleagues in person and travel to nice destinations to discuss reinsurance business and technical matters. With travel restrictions imposed and Working-From-Home advisories in many countries, we can be all the more grateful that the SOA is providing plenty of relevant content online in virtual conferences, webinars and podcasts. One very extensive resource, which I have found to be a particular treasure trove, is the 2020 Living to 100 Monograph. It allows you to experience the entire 2020 Living to 100 Symposium again, or vicariously, in a virtual format.

One of the themes of last year’s Living to 100 which I find particularly topical is socio-economic differences in mortality. As we have seen in the COVID-19 pandemic, the disease caused by the SARS-CoV-2 virus affects socio-economic groups differently, causing a disproportionately higher number of deaths in disadvantaged socio-economic and ethnic groups, worsening the excess mortality risk to which these groups are already exposed. (See for example publications from the SOA[1] and the C-19 Actuarial Response Group[2]). Gaining a better insight into the mortality differentials between different parts of the population has been an important research objective of the SOA and has been discussed at several Living to 100 conferences, even before the pandemic drew mortality-related issues into the spotlight of global public awareness. To those of us, whose job it is to investigate the mortality of different portfolios of insurance risks, it was in no way surprising to hear reports of excess mortality in those parts of the population that are already at a disadvantage in terms of economic means, education levels and access to health care. What we may not have foreseen before the pandemic, was the way in which lower socio-economic groups depended on jobs, which cannot be converted into virtual Working-From-Home jobs and thus expose people to higher risk of infection. Be sure that this important aspect of the pandemic will feature prominently on the program of the next Living to 100 conference.

Dealing with inequality, as it expresses itself in socio-economic mortality differentials, requires research to support the decision-making of stakeholders in public health and the private sector. The first order of business for researchers is to accurately measure the mortality levels of different groups. Then, the next step is to create models with which we can analyze the drivers of these differentials and predict future outcomes, so that stakeholders can then analyze the impact of possible interventions and build a foundation on which to form policy decisions. This line of scientific work, which rests on availability of data to carry out measurements, then spurring models and predictions, and ultimately leading to decisions and innovations that change the world, can be traced back to Kepler and Newton, whose titanic works were only made possible through the availability of accurate astronomic data, or to the publication of the very first life table by Edmund Halley in 1693, which he developed from mortality data from the city of Breslau in Poland, which at the time was a unique data source.

Jumping from the 17th to the 21st century, our most recent advances in understanding mortality trends and developing models have been possible thanks to data that has become widely accessible from national agencies providing vital statistics, as well as the Human Mortality Database. Over the series of triennial Living to 100 symposia, we have followed the same progression, focusing first on availability of mortality data and its use in statistical mortality models. From being able to predict the demographic shift, which all developed and emerging countries are experiencing, the focus of Living to 100 then shifted towards understanding and discussing the implications of an aging society, and the post-retirement risks and needs faced by a growing portion of our population. As our modeling capability advanced, researchers began considering models for populations traditionally too small for model calibration, and investigated longevity basis risk, which occurs when different parts of a population experience different mortality trends. Refining mortality models to study trends by cause of death is another development along a similar line. The underlying death-by-cause data might be available, but is fraught with difficulties, adding to which deaths cannot be modeled as independent events, as a reduction in premature deaths by one cause will in turn lead to an increase in deaths due to other causes at later ages.

The broad research trajectory from data to models to implications is reflected in the research papers presented at Living to 100 over the years. In 2020, for instance, we heard about data quality issues from demographers and medical researchers, learned about various multi-population models that help us understand mortality differentials, and discussed the impact of mortality trends on pensions systems as well as the individual. For example, Jacob Siegel gave a review of the demography of the retired population of the United States, Jesús-Adrián Alvarez explained the Danish pension reform, which attempted to alleviate the impact of an aging society on the pension system by linking the retirement age to remaining life expectancy, but which inadvertently increased the uncertainty in financial outcome for the lower socio-economic groups. Nhan Huynh from the University of California, Santa Barbara, presented a novel approach to multi-population modeling in which it is feasible to simultaneously model a larger number than just two populations, which have traditionally been compared. Johannes Schupp, a researcher with IFA from Ulm, Germany also reported on multi-populations models and presented a new method for detecting trend changes. These models give us a chance of understanding mortality differentials and finding out whether they are widening or shrinking. Listen to or read up on each of these topics in the 2020 Living to 100 Monograph.

Given these advances in understanding the theoretical methods of evaluating multiple, related mortality data sets, it is particularly promising that the Human Mortality Database, with the SOA’s sponsorship, has recently made available mortality data for the United States at the level of the individual county. Moreover, Professor Magali Barbieri of University of California, Berkeley in January 2021 published an SOA Research Report[3] on “Mortality by Socio-economic Category in the United States” using this data series. Professor Barbieri is one of the directors of the HMD project, which is jointly run by UC Berkeley and the Max Planck Institute for Demographic Research in Rostock, Germany and support from the Center on the Economics and Development of Aging (CEDA) and the French Institute for Demographic Studies (INED). In her paper, Barbieri studies socio-economic differences linked to mortality differentials by county, based on information available at the county level regarding education, occupation, employment, income, and housing. The gap between the highest and lowest county decile is huge and growing. In 2018, the qx-rate for 45-year-old men in counties with the lowest Socioeconomic Index Score (SIS) was 2.5 times that for men of that age in counties with the highest SIS. This gap is even greater than the difference between smokers and non-smokers. Professor Barbieri’s report shows the widening trend between the different socio-economic strata which she captures by grouping the counties into deciles by SIS. While the highest SIS score is associated with a life expectancy that matches or even beats the OECD average, people living in counties with the lowest SIS have hardly seen any improvement in their life expectancy over the last four decades. Comparing the average life expectancy at birth within the highest decile of counties to the lowest, there was a gap of 3.0 years in 1982, the first year for which consistent data was available. This gap has more than doubled since then, rolling in at 6.6 years difference in life expectancy in 2018. That is an increase of 120 percent. Worse still, the gender gap once again manifests itself in the mortality trends, with females showing an increase of the socio-economic mortality gap of 260 percent over the 36-year period, compared to 76 percent for males.

Back in 2002, when the symposium was still called “Living to 100 and Beyond: Survival at Advanced Ages,” the exciting message was that an increasing number of people will have the chance to live to age 100. Eighteen years later in 2020, the focus had moved towards dealing with the implications of the demographic shift, and recognizing that inequality in society also determines who might become a centenarian, and who will most likely get left behind. As reinsurers, we are concerned with estimating mortality for specific portfolios of insured lives and annuitants. The socio-economic composition of the portfolio remains one of the main drivers of mortality experience. Having indisputably seen this effect, we cannot ignore its potential impact on the business we are reinsuring. Furthermore, it is our imperative as a profession to help find out, what society can do to stop the gap from widening.

Kai Kaufhold, Aktuar DAV, is managing director of the actuarial consulting firm, Ad Res Advanced Reinsurance Services, which he founded in 2011. Kai consults insurers, reinsurers and stakeholders in occupational pensions on quantitative analysis and all matters regarding reinsurance. He can be reached at kai.kaufhold@adreservices.com

[2] COVID-19 Actuaries Response Group of the Institute and Faculty of Actuaries, UK. https://www.covid-arg.com/

[3] To be found on the SOA’s website at https://www.soa.org/resources/research-reports/2020/us-mort-rate-socioeconomic/#report